The Electoral College and Ignorance 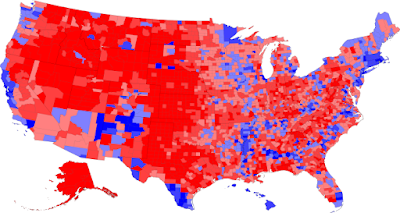 Thank God the 2016 Presidential election is over. Or, are we thankful? After all of that pain, some actually want to prolong the suffering by protesting, challenging, arguing, petitioning, insulting, accusing, disrupting, and so on. It is sad to watch so many who attacked Trump for not pre-agreeing to accept the outcome of the election, only to hypocritically reject the outcome of the election and with graphic insults and violence. And, this is ironically from the chanters of “Love trumps hate!” From an intellectual point of view what is most saddening are those who wish to extend this nasty fight by challenging the Constitutional law regarding the Electoral College in hindsight. Don't those who thus engage match the definition of sore losers? Regardless, this is possibly a grand display of ignorance for those who actually attended their high school class on American civics. It is even a further irony as in the run up to the election, in light of Trump’s surging in the polls, in a desperate attempt to continue to spin the narrative towards a Clinton victory, these same objectors applauded the notion of Trump winning the popular vote but losing to Clinton by her winning the Electoral College. They found this notion pleasing and thrilling, that is until the inverse happened.

So in response to this clear and compelling defeat, there is a growing movement to foolishly undo the Constitutional convention of the Electoral College. And, this movement is directly correlated with a rising level of national ignorance of the Constitution and the centuries-cherished notion of Republic. The name given to this ignorance is the National Popular Vote (or NPV). Aside from this being the most foolish movement in the direction of mobocracy, there are a few things this movement fails to understand (a.k.a. ignore). Those simple concepts of American civics that are hatefully ignored by the NPV movement are the following:

The beauty of the Electoral College lies in the very name of our country itself. Our country is not named America - its name is the United States of America. Our country represents a union of 50 separately sovereign states. And, there were 50 separate elections held in each of those states in 2016. In each state, there are unique election and voting laws that apply to that state. For example, some states require identification while others don’t. Some even allowed non-citizens to vote (which speaks volumes of illogical insanity). And, each state, in an exercise of its own sovereignty, chooses its own Electors to the Electoral College. That makes the President of the United States, the President of the union of those 50 states not the President of the people. In fact, the national popular vote is constitutionally irrelevant altogether. It is only tallied for anecdotal purposes. Simply, a National Popular Vote is yet another attempt to remove state sovereignty and erase state borders in favor of the establishment known as the Federal Government. If that happens, history teaches us that our freedoms will be the next thing removed.

Interestingly, our Founders saw the notion of pure democracy (like NPV) to be dangerous (click HERE to read some of their quotes at the time). That is why democracy is not mentioned in the Constitution nor is it mentioned in any of the 50 State Constitutions. Our Founding Fathers and the Framers of all of these Constitutions knew the very real danger that pure democracy represents. That is why they created a Republic, not a majority-rule democracy. Republic is a form of democracy that protects from majority rule or mobocracy. In order to memorialize state sovereignty over the Federal Government, the Framers did a few famous things in the Constitution. First, in the 10th Amendment, they enshrined the truth that the highest authority are the individual states who delegate powers down to the Federal Government (not the other way around). The states are sovereign over the Federal Government. Second, they invented the Electoral College forcing any Presidential candidate to appeal to entire states, not just their population centers (or national population centers thereby ignoring the states altogether). Regardless of who won the election in any given year, the Electoral College represents one of the greatest examples of wisdom enshrined in the Constitution. And, we are not alone in this wisdom. The Chief Executive of most modern first world countries is not elected by popular vote. For example, the Prime Minister of England is appointed by the party who wins the most seats in Parliament - he or she is not elected by national popular vote. That is the wise norm.

On another theme constant in this election, the Electoral College further prevents the Presidential election from being stolen by fraud. For example, this year the popular vote was edged by Clinton by a few hundred thousand votes (thanks to California). What if the popular vote determined the president and Republican operatives created 500,000 fake ballots in a Republican run state?  The Electoral College prevents such fraud by confining such an injustice to the state in which it is perpetrated. The NPV movement suggests that individual state electors in the Electoral College should be awarded to the candidate who wins the national popular vote. That would mean if Trump edged Clinton in the national popular vote all of California’s electors would be awarded to him even though she overwhelmingly won California 62% to 33%. Does that make sense to any rational person?

If the left are sore losers with Electoral College, they will be sore losers with an NPV. First of all, if NPV had been in place, the two candidates this year would have modified their campaigns and Trump would have likely won the popular vote anyway. But, imagine if these sore losers had their way with NPV, the Republican edged the popular vote, but had the Electoral College still been in place, the Democrat would have won. They would still be sorely whining losers. Sore losers are the problem, not the Constitution. We should not change our laws to respond to those who behave badly. In fact, sore losers should always be ignored.

In order to simply highlight the ignorance of attacking the Electoral College, allow us to ask a few pointed questions. Should the President be decided by metropolitan counties, ignoring the rural counties? Should the handful of counties containing large populations have the power to select the President every four years? How do rural constituents ever get voting representation under such a system? Isn’t it foolish to set up a system for candidates to campaign under, and after one is the victor under that system, to whine about changing the rules by challenging the system that we asked the candidates to campaign under? Had the NPV been the system under which the candidates campaigned, don’t you think the candidates would have both campaigned radically different than they did? The Electoral College is precisely why the candidates spent so much time in the “battleground states” and not just in high population states. Think about it.

In the end, Trump won 60% of the states and the vast majority of counties. The only reason that he did not win the popular vote is primarily because of states like California and New York. Should those two states determine our President? Are the critics that suggest this simply a small subset of liberals who want to rig the system to make sure liberals always win? Or, are they just not educated? Even worse are they just ignoring what they learned (a.k.a. ignorant)? There are only these three choices. Oh, and remember the whole “it’s the law of the land argument” with regards to abortion and gay marriage? Newsflash: The Electoral College is the law of the land.

Regarding God’s preference, if the King is perfect (like God), God prefers a system of Monarchy - He is the King of Kings. But, if human leaders are evil (and they all are), God prefers distributed and representative self-government and the rule of law, not the rule of man. The best example of this is the twelve tribes of Israel who were separately governed throughout the Bible. In addition, another great example of distributed government is recorded Exodus 18, when Moses’ father-in-law successfully implored Moses to set up a very similar system. Christian, we know that people can’t be trusted, which is why power should be decentralized and representative (or close to the people). Further, that is why God also supported the notion of the rule of law, not the rule of man. The NPV movement seeks to move us away from the rule of law and towards the rule of man. Nothing could be more dangerous to the preservation of the freedoms we value and enjoy. May we never be so foolish.

In conclusion, even if Clinton won the Electoral College and Trump edged the national popular vote, there is no compelling argument to override 240 years of effective Constitutional and global wisdom. If someone never understood these truths about the Electoral College, they should be afforded a little patience if they are willing to learn them. If, however, they know all of the above and argue onward, they are displaying a level of ignorance that deserves a return of the favor. Such ignorance deserves to be ignored as dangerous.

You can purchase the book "Reason If You Will - How To Answer Questions Regarding Faith" by clicking HERE. Profits go to Camp Bahamas. You can also follow @ReasonIfYouWill on Twitter.
Posted by Tim Albury at 7:14 AM
Email ThisBlogThis!Share to TwitterShare to FacebookShare to Pinterest
Newer Post Older Post Home