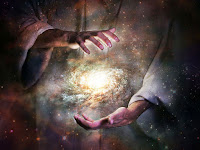 In my book, “Reason If You Will” I dedicate a chapter to “Scientific Discoveries in the Bible.” This chapter details several indisputable examples of science recorded in the Bible that was much later credited as discoveries by modern scientists in the 20th Century. The authors who wrote these sections in the Bible recorded knowledge that surpassed their own, and even that surpassed all of mankind until after 20 centuries of intellectual advancement by man. Even though these scientific discoveries are credited to modern scientists, their record in the ancient Bible is largely ignored. Anthropologically speaking, this evidence is ignored because it supports that the Bible is in fact authored (inspired or breathed) by supernatural intellect - God Himself. Another example of such modern science in the ancient Bible is that of the scientific law that suggests that the universe is expanding – Hubble’s Law. Since Hubble’s Law was credited as being discovered in the 20th Century, what does it suggest the Bible records that the universe was “stretched out” 20 centuries before the birth of the scientist after which the  law is named?

In physics, redshift occurs when light from an object is increased in wavelength, or shifted to the red end of the light spectrum. In general, "redder" means an increase in wavelength, in accordance with the wave and quantum theories of light. A redshift occurs whenever a light source moves away from an observer. A special instance of this is the cosmological redshift, which is credited to the expansion of the universe, and sufficiently distant light sources show redshift corresponding to the rate of increase in their distance from Earth. This is based in large part of the belief that “red shift” indicates that the stars and galaxies are moving away from each other. And, this indicates that the universe is in fact expanding, or being stretched out.

“Stretching” implies that the universe has increased in size from its original creation. In other words, in accordance with Big Bang cosmology, the universe has stretched to larger dimensions than the first moment of the Big Bang. And, apparently, it has continued to be stretched. We believe that God has stretched it out. God has expanded it (and is perhaps still expanding it). The verses that we are about to examine recording the stretching out of the universe must have seemed strange to the readers as the universe stretching was not something that they could have observed. In fact, ancient star maps appear virtually identical to the night sky today. And, most of the verses below are direct quotes from God to the authors. The authors faithfully wrote down what God said, in spite of how strange it might have sounded at the time during a period where science could not confirm what they were hearing. We read these verses with today’s intellect, we see this as obvious, and pass over this recorded science as if it means nothing. But, this evidence proves an intellect in the Bible that surpasses 20 centuries of scientific advancement of the entirety of mankind. What does that suggest?

Even secular scientists until fairly recently believed that the universe was eternal and unchanging. The idea of an expanding universe would have been considered nonsense to most scientists prior to Edwin Hubble, among others in the 20th Century. For reference, Hubble, who died in 1953, is widely credited with the discovery that the universe is expanding, which is why this scientific law is named Hubble’s Law. But, the first to record this law was in fact the prophet Isaiah centuries before the birth of Christ. By that token, shouldn’t secular science name this Isaiah’s Law? Shouldn’t we Christians name this God’s Law? If we don’t credit this observation of the universe expanding until the 20th Century, what does it suggest that the Bible recorded this faithfully 20 centuries earlier? Did the authors of these books of the Bible possess adequate intelligence to make scientific statements that would scream of science that eludes man for 2,000 years? The answer is clearly “No!” By today’s standards, the authors of these books in the Bible were scientific simpletons. The fact that this is written in the Bible by several simpletons spanning 500 years of authorship affirms the assertion that the Bible was indeed breathed by God through men. Seven books of the Bible record this scientific law consistently. A sampling of these verses is below:

With regards to that last verse in Zechariah, notice the order of events: (1) stretched out the heavens, (2) founded the earth, and (3) formed man. That order is also precisely consistent with our modern day scientific cosmology. All of this advanced science was recorded many times, across seven books by seven authors spanning over 500 years of authorship. In some instances it is stated figuratively, but in most instances they are direct quotes from God Himself that are made literally.

In conclusion, the Bible continues to present evidence that we choose to ignore. The world ignores it because they refuse to acknowledge the Bible’s veracity for fear of accountability for our sin. But, why do God’s people ignore it? If you are a Christian, you should be reading this and not only be encouraged by this fact. You should celebrate it. Keep the Faith!

You can purchase the book "Reason If You Will - How To Answer Questions Regarding Faith" by clicking HERE. Profits go to Camp Bahamas. You can also follow @ReasonIfYouWill on Twitter.
Posted by Tim Albury at 7:55 AM
Email ThisBlogThis!Share to TwitterShare to FacebookShare to Pinterest
Newer Posts Older Posts Home
Subscribe to: Posts (Atom)