Progressive Church, Who Do You Think You Are? 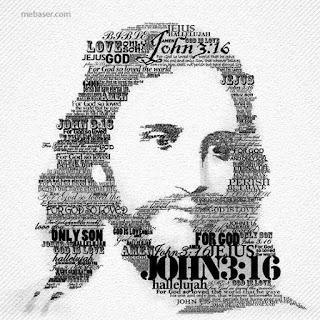 There is a movement that is gaining steam today often referred to as the progressive church. The name alone should probably tell you everything you need to know about the movement. In fact, the words progressive and church don’t truly belong together, that is unless God Himself is progressive. Newsflash: He isn't. In fact, in Malachi 3:6 God said, “I the Lord do not change.” In contrast, the dictionary definition of progressive is “favoring or advocating progress, change, improvement, or reform.” Again, if the Bible is true (and it is), God is not progressive, but fixed. Therefore, it only stands to reason that His church should also not be progressive as it belongs to Him and seeks to emulate Him. Aren't we left then to conclude that those who teach progressivism in the church are what the Bible refers to as false teachers? By the way, the Bible has plenty to say about false teachers, none of which is positive (2 Timothy 4:3).

Progressivism in the church is probably just another form of dangerous blindness. The core cause of this blindness is likely due to a failure to daily read and meditate upon the whole of God’s word as if your life depends upon it. A positive example of daily meditation on God's word is recorded in Acts 17:11 where we learn that the Bereans nobly “examined the Scriptures every day to see if what Paul said was true” (by the way, the Old Testament was the only "Scriptures" that they had). Notice the order – scripture trumps opinion, even Paul's opinion. Progressives claim to hear from God but seem to refuse to listen to Him (read His word). That is probably because they see God’s word as flawed and man’s understanding to have evolved to the level to which it is worthy to stand above and censor it. But, the chief way by which we listen to God is to read and meditate on His word with profound respect, and daily. Jesus has made a way for us to commune with Him through His word and prayer. Unlike Moses, He welcomes us up the mountain to read His voice directly. Listening to teachers wax on about their corrupt editorial opinions about the Bible is wholly unworthy when compared to ... the Bible. God invites us to rely on His word, and His word alone. To Hell with the words of anyone else. If a teacher’s words fail to comply with God’s literal and whole revelations to us, they should be ignored or worse. To the extent that we lack understanding about God’s word, it is no fault of the Bible’s or God’s, but our own callous hearts.

To show how spiritually bankrupt this movement is on its face, allow me to illuminate by simple response to its major tenets as disclosed on their website:

We could say much more. But, all of this spiritual absurdity stems from an apparent lack of foundation of what exactly God’s word is, and, therefore, says. What is God’s Word? Well, the definition begins with Jesus. Jesus had a name before Bethlehem and before the New Testament. Jesus was “The Word” (John 1). Do you recognize that name? And, “The Word became flesh and made His dwelling among us” in order to live a perfect life and die as our substitute. When we realize that before Bethlehem, the Word of God is Jesus Himself, we approach the Old Testament with the utmost of sobriety and awe. And, the New Testament testifies to the continuing ministry of Jesus, the Word. While, the Bible is not God, it is the written manifestation of the One who is and always will be the Word of God. Jesus is the source of the entire Bible. Therefore, the Bible is not a document for us to interpret. Rather, it is the Word of God that interprets us. That is why Hebrews 4:12 says, "For the word of God is alive and active. Sharper than any double-edged sword, it penetrates even to dividing soul and spirit, joints and marrow; it judges the thoughts and attitudes of the heart." That means the Bible judges you, not the other way around.

When we realize Jesus as the source of the Bible, we then focus on the fact that Jesus is also God. And, we know from the Bible that God does not change (Numbers 23:19, Hebrews 13:8, James 1:17, etc.). And, His attitude towards sin certainly has not changed, either. Yes, he may have changed His rules about shellfish being an edible abomination. But, in that case, He supernaturally changed His own rule. It was not an example of man arrogantly claiming to be spiritually evolved and applying their own re-interpretation in order to make God’s prior rule null and void. Such re-interpretation is the height of prideful arrogance. In the case of shellfish, Acts 10 records that Peter received a supernatural vision from God whereby God informed Him of a revision to His own rule. In the case of today’s shallow prophets and false teachers, they received no such vision, except a false notion of their own spiritual evolution. Remember, the hallmark of lies from Eden to now is the question, “Did God actually say…?” That is where all spiritual deception begins. When this question is asked, warning bells should go off. And, this is precisely the question the progressive church is incessantly asking. To answer the question, all of the sins in the Old Testament are still sin unless God has explicitly revealed supernaturally that they are not. God is His only editor. God changed His own rule on shellfish. But, He did not change the rules that progressives claim they have spiritually evolved knowledge adequate to claim that He has. For example, God has not changed His rules on sexuality - none of them!

Further, how do you reconcile a God of a different set of rules with the God of the Old Testament? The only reconciliation is Jesus Himself. And, only Jesus can edit Himself. Where did Jesus edit the rules that you claim were edited? Knowing that Jesus (God) suffered brutally and died to pay the price for all of our sins should make us fearfully hesitant about claiming to be enlightened above the clear revelation of God’s word. After all, declaring a sin as no longer sin by our own corrupt wisdom is precisely what necessitated Jesus’ brutal death. When we realize that Jesus, God and The Word, is the one who paid the price for the sins that were revealed in His word, the last thing we would attempt to do is re-interpret it in order to claim we know better today than all the Saints and churches that have come and gone in the centuries between the cross and us. How foolish!

When Jesus said “A new command I give you,” He was not abolishing all of the other commands that preceded His virgin birth. Remember, those commands recorded in the Old Testament, God’s word, are a manifestation of The Word Himself (Jesus). Every command of God towards that which is sin that is found in the Old Testament are also seen reaffirmed in the New Testament with the exception of those matters which God supernaturally superseded Himself. By the way, God superseded very few commands. God does not need us to reinterpret Him, nor did He ask us to. He has shown Himself entirely capable of doing that all on His own. And, God has not spoken in revision of His moral code in thousands of years. Therefore, there are no such revisions. There are no such re-interpretations. But, there are a plethora of false teachers and false prophets who claim the opposite of this truth. Needless to say, God has some very harsh things to say about those who edit His revelation (Revelation 22:18-19).

The sad irony is that if we measure ourselves against the veracity of the Bible, it is we are who are intellectually lacking, not the Bible. It is we who are obscure, wavering and lacking in integrity, not the Bible. The Bible is far more intellectually superior than we are. The scientific discoveries revealed on its pages prior to their credited discovery by man speak to its humanity-surpassing truth. And, the Bible’s thousands of prophecies fulfilled hundreds of years after being spoken prove its supernatural spirituality. Any man who puts his intellect in judgment of the Bible’s content so declares himself a fool before both God and man. You don’t measure up. You are nowhere near the Bible's level.

While these false teachers and false prophets claim an evolved spirituality with intellect above the Bible’s, Ecclesiastes 1:9 says, “What has been is what will be, and what has been done is what will be done, and there is nothing new under the sun.” They think they know something new by which to better discern the Bible. But, this claim of newfound reason is proof of their foolishness. There is nothing new under the Sun, even since Solomon, himself. And, the book of Ecclesiastes closes with perfect response to progressives in Ecclesiastes 12:13, “The end of the matter; all has been heard. Fear God and keep his commandments, for this is the whole duty of man.” Progressives, these are your duties, not the claims on your websites.

In conclusion, the book of Job revealed how God responds when one of those who claims to know Him well, questions Him with human-enlightened intellect. The book closes with God tersely asking Job 77 questions in chapters 38 and 39. The summary of God’s questions is this, “Who do you think you are?” While Job was ultimately honored as God’s faithful servant, he was also found guilty of arrogance regarding his faulty interpretation of God, God’s words, and God’s actions. And, God went to great lengths person-to-person to put Job in a place of humility. If you are one of those like Job, who thinks you have a better bead on God than the rest the entire history of God’s prophets and teachers, consider this post as God speaking to you today: “Who do you think you are?” Answer: you are not who you claim to be.

You can purchase the book "Reason If You Will - How To Answer Questions Regarding Faith" by clicking HERE. Profits go to Camp Bahamas. You can also follow @ReasonIfYouWill on Twitter.
Posted by Tim Albury at 7:33 AM
Email ThisBlogThis!Share to TwitterShare to FacebookShare to Pinterest
Newer Post Older Post Home