Why Is Anything Constant? 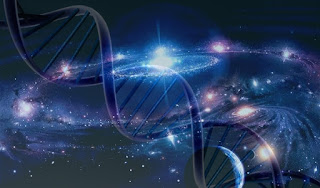 Many Christian apologists have referred to the confounding myriad of physical constants (gravity, for example) in the universe as strong evidence for apparent design. Such an amazing and cosmos-scale complexity of design certainly supports the notion of a Supreme Being that would be capable of being a reasonable cause for such. This is a strong argument that seeks to primarily defend the notion of design by declaration of evidence. But, as this blog has modeled with each post, a stronger defense is almost always one that asks the strongest of questions of the opposition, albeit diplomatically. After all, the design inference of the universe is more adequately supported from an empirical point of view than the parallel assertions of its assailants. Therefore, why not question the support for the opposing view? For example, why do we have any constants at all? If the universe is not designed, why do we have constants? Can the opposition answer this question? The answer is a deafening “no.”

And, that is just a sampling of the constants of which we are aware. We may never have a list of the universal physical constants of which we are not aware. Each of these known constants is complex in its own individual right. Even more complex is the fact that they each work with the others in a harmony that we call reality, or the universe. It is beyond astounding that we have one such universal constant. It should be awe-inspiring that we have more than one. And, it should drop us to our knees before such an almighty God that they all exist in precise harmony with each other.

Now that we have defined what we are talking about, let’s ask the question again. Why do we have any constants at all? What caused a single constant to exist? What caused all of them to exist? What caused all of them to sing the tune of the universe in such transcendent harmony? Science and God-denying philosophies have yet to adequately and reasonably answer these questions. And, we should not stop asking them until they do. You see, in reality, it is not the Christian who should realistically be on the defense. After all, we have a reasonable answer – one that respects both the scientific method and logic. Those in our opposition are they who are most lacking. In fact, their answer to the question is “nothing.”

Our scientific opposition believes (i.e. have faith and/or don’t know) that the universe was caused by nothing. They believe that these constants were caused by nothing. They were either all caused by themselves or spontaneously appeared with no cause. First, that is logical nonsense on its face. Natural effects must have a cause. That is the universal “law” of causality. Even a child can rightly see the foolishness in such an assertion. We have never observed a natural effect that did not have a cause. Can you prove using the scientific method that natural effects have no causes? We also can’t reasonably hypothesize such a notion without defying logic – the Laws of Logic. Do you see where this is going? In order to support the opposition, you have to defy scientific law and philosophical law. But, that is not where the foolishness ends. Something natural can’t logically cause itself into existence. Some other natural or supernatural force must be the cause. And, the cause must be capable of conceptualizing and creating a single universal constant, and probably all of them. Still, that is not where the foolishness ends.

Let’s assume for a moment that they can defy logic and science. Let’s assume in an alternate reality (where logic and science don’t exist) that they are right. Well, if everything emerged from nothing (causeless), then there were no constants to begin with. How do we get from zero to everything? Let’s even assume that the entire quantity of matter in the entire universe existed in a massive atomic ball that exploded to create the universe. Aside from answering what caused the ball to exist, where are the constants arising from? How do amazingly complex and harmoniously interdependent constants immediately arise from unadulterated explosions of randomness? Have we ever observed anything ordered result from an explosion, much less one of universal magnitude? Upon what basis are we to believe such lunacy? That is enormously unreasonable and hypocritical faith.

Not only have we never observed any evidence of this false reality that they indoctrinate us to accept, it defies the common sense of mere human reality. We humans are arguably the most creative force that we know of in the universe. And, we are not capable of creating or forcing our own constants on a universal scale. We can’t even create a constant that did not already exist in a laboratory scale. What makes anyone accept that a non-creative, non-existent force in the universe created the entire universe and did so with extreme randomness with such God-like precision without being God? If we being of the highest known physical intellect, can’t begin to conceive how to create the existence of a universal constant, what makes us believe that they emerged by a non-intellectual force? Why have we not observed emergence of other universal constants out of daily randomness over the past thousands of years of scientific observation? Why do we even have constants? If everything emerged from nothing with no apparent order and operates in absolute randomness, then how do we even have universal constants? Why isn’t everything chaotically random? Why can’t such amazingly powerful randomness overpower a single universal physical constant somewhere in the universe? Which is more powerful, the randomness (our opposition's alleged creator) or the constants themselves? If the non-existent random force is so powerful, why does randomness not reign over universal structure? Why do we have any structure at all, including atomic, even subatomic structure? Maybe what we perceive as random is not random at all. Maybe we need to stop calling God random and call Him by His name. The fact that we have just one universal physical constant is evidence enough to suggest an almighty Creator the likes of which is revealed in the Bible. His name is God.

The existence of constants for which we are incapable of proving a cause means that each constant had a cause that is capable of the effect. That means that each constant viewed as an effect must have a cause that is exponentially higher than the most intelligent physical and creative intellect we claim to know – man. Each of these constants would require such a higher being in each individual case. Again, the cause must be capable of conceptualizing and creating a single constant, and probably all of them. To create the existence of the universal constant of the speed of light requires a creative force that transcends the universal speed of light. And, that is just one constant. Each of these constants require individually a creative force on the level of the Biblical God. But, we don’t have just one such constant. We have over 19 at the same time. What does it suggest when just one universal physical constant requires an intellectual force that far transcends man, and yet we have over 19? What does it suggest that we may not have even scratched the surface of known constants down to the subatomic level? In reality, how long do you think the actual list of constants is? And, yet, what does it suggest that all of these known and unknown constants all exist individually and together and in harmonious interworking with each other? There is no other explanation but the God of the Bible or His equivalent. (Hint: there is no equivalent)

Regarding the God of the Bible, Romans 1:19-20 says, “what may be known about God is plain to them, because God has made it plain to them. For since the creation of the world God’s invisible qualities—his eternal power and divine nature—have been clearly seen, being understood from what has been made, so that people are without excuse.” And, Colossians 1:17 says, “[Jesus] is before all things, and in him all things hold together.” And, John 1:3 says, "Through [Jesus] all things were made; without [Jesus] nothing was made that has been made." Finally, Hebrews 13:8 says, “Jesus Christ is the same yesterday and today and forever.”

Christian, we have an answer to the question. But, we need to respectfully question the questioner. Jesus Christ, our God, is the Creator of all that we perceive. God is the only equivalent postulated to logically and reasonably be found plausible of causing all that the universe displays. It was Jesus, who was the Word that spoke it all into existence in Genesis 1 and John 1. That same Jesus willingly gave His life to rescue us from our own blindness to this Creation fact. And, this same Jesus will return in order to restore things to as they should be. All of the constants that we observe in the physical world will pass away with that same world. Therefore, Heaven is not governed by constants (plural). Heaven is governed by only one constant – the Only True and Eternal Constant. That Constant is Jesus Christ. Bow with me and worship Him!

You can purchase the book "Reason If You Will - How To Answer Questions Regarding Faith" by clicking HERE. Profits go to Camp Bahamas. You can also follow @ReasonIfYouWill on Twitter.
Posted by Tim Albury at 7:39 AM
Email ThisBlogThis!Share to TwitterShare to FacebookShare to Pinterest
Newer Post Older Post Home