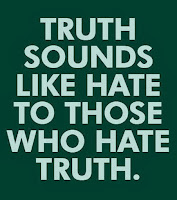 I have heard many Democrats, liberal pundits and Republican elites bemoan the fact that facts don’t seem to matter when they attack Donald Trump without effect. In other words, they can’t believe that we ignore them, so they have to attack us as those who are ignorant or ignoring their facts. That raises two very important questions. First, why are we ignoring their facts? Second, what are the facts? We will address both questions.

Why are we ignoring their facts? That is an easy question to answer in two parts. The first reason why any of us ignore facts at all is the effect of Post-modernism and moral relativism on our culture at large. The second reason we ignore their facts is because their facts are gushing with selective outrage, hypocrisy and constitutionally immoral agenda.

The left and even the centrists in our country have taken over our institutions of education and systematically indoctrinated our people into believing that facts actually don’t matter. They have foisted the lies of post-modernism and moral relativism as the moral absolutes that hypocritically defy their own ideals with immunity. In other words, the facts of history must be ignored in order to teach that history proves that conservatism and the rule of law do not work. In fact, history teaches the exact opposite. Name one society that prospered under the faithful subjection of moral relativism and post-modernism. By indoctrinating our people that there are no moral absolutes, we are trained to believe the lie that nothing is in fact true. Therefore, facts actually don’t matter. What is fact for you is not fact for me. The problem is that facts don’t obey this foolishness. Facts are facts, whether you are a sensitively whiny adult baby or not. To indoctrinate us to ignore facts and even call them false, and then complain when such foolishness gives birth to movements against them is laughable. We don’t applaud such ignorance on either side. But, we deplore hypocrisy more so. If you want to return to absolutes of truth, justice and morality, we are ready to engage. But, we won’t hold our breath for that to happen.

Secondly, the left and its media campaign for decades have selected the facts they want to exploit, ignored the facts that don’t meet their template, and systematically conducted smear campaigns of those on the right with selective moral outrage and hypocrisy all because they want to defy the will of the people to be self-governed. Their agenda is constitutionally immoral in that they openly advocate for the establishment, the unholy alliance between the ruling class and their media puppets. Case in point is the ritualistic character assassinations of Republican candidates and the party at large as bigoted and racist. David Duke, a member of the KKK, comes out and says that he endorses Trump. And, the narrative becomes that this means Trump is a racist unworthy of running for dog catcher. All, the while, what is totally ignored by the media is that the Clinton campaign collected and did not return a $20,000 campaign donation from a Grand Wizard in the KKK. But, this is just a minor infraction. The more grand infraction is the revision of history and facts regarding these two parties and their role in racist bigotry over every decade of this country. Here are the facts:


1 John 2:21 says, “I write to you, not because you do not know the truth, but because you know it, and because no lie is of the truth.”  And, Isaiah 5:20 says, “Woe to those who call evil good and good evil, who put darkness for light and light for darkness, who put bitter for sweet and sweet for bitter!” What agenda do you think is misaligned with God’s truth?

In conclusion, this is why we ignore you and your facts. Facts do matter, but your facts do not matter more than the facts that you ignore and try to get the rest of us to ignore. We ignore you because facts do matter. And, when you begin to agree that there is absolute truth, we can all start to reasonably evaluate facts together. Until then, when you evaluate the actual facts in context versus the facts that the left and their media want us to focus on, there is no comparison. Therefore, we ignore your facts. And, we declare your cause as morally repugnant. The greatest danger this country faces is the evisceration of our Bill of Rights in exchange for granting unrepresentative power to the political establishment. And, the media, the left, Republican elites and even conservative purists are immorally aligned with an immoral party that lacks a more moral history and is aggressively advancing an immoral cause. Down with the establishment and their propaganda arm in the media! Why? Because facts do in fact matter.

You can purchase the book "Reason If You Will - How To Answer Questions Regarding Faith" by clicking HERE. Profits go to Camp Bahamas. You can also follow @ReasonIfYouWill on Twitter.
Posted by Tim Albury at 8:14 AM
Email ThisBlogThis!Share to TwitterShare to FacebookShare to Pinterest
Newer Post Older Post Home