Election 2016: Attacking Personality Is The Cult 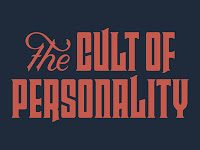 The media bias is so slanted this election season, that I find myself having to cock my head just to view cable news straight (even Fox News). The most recent example was the several day fixation upon a non-criticism of Kahn by Trump being stretched out over an entire week. Meanwhile, the media ignored the mother of one of the soldiers who died in Benghazi along with ignoring Clinton practically calling her a liar (even though actual footage of the actual funeral proves this mother to be telling the truth). So, media coverage of a literal and actual insult to a hero’s parents is buried, while a non-insult to another hero’s parents is grossly exaggerated. When media bias is this obvious, the agenda is likewise easy to read. The agenda is to slant coverage towards demonization of a personality in order to ignore and distract from true corruption. Focusing on personality takes focus off of record.

The attempt to demonize any candidate’s personality is inappropriate. Every candidate’s intent should be afforded benefit of the doubt. We should restrict our voting evaluation of candidates to the subject matter of qualifications and platform. When we hear hyperbole about a candidate’s personality, nearly 100% of the time that is our clue to tune out everything we are about to hear. Four years ago, the media and the left were allowed to demonize Mitt Romney, who is probably one of the most noble candidates this country has ever dismissed. And, today the corrupt media is likewise painting Trump’s insurgent movement as a cult of personality. They do this for two reasons. First, focusing on demonizing personality is a distraction from the real issues and records of both major candidates (where the left is entirely bankrupt when it comes to results and corruption). Second, demonizing supporters as cultists is designed to suppress their enthusiasm to vote. But, is this truly a cult of personality or a twisted attempt by the media to ensure the election of their darling? The answer is obvious.

You might be asking for another example. Well, the most obvious one is the demonization of Trump as a "racist". First of all, aside from the inappropriateness of such a slur, the condemnation of racism requires knowledge of intent. And, intent requires far more deductive reasoning than is being employed with such a cursing of a personality. Which is why regarding intent, candidates should be afforded the benefit of the doubt (where intent is legally afforded). Second, the label of racist actually requires racism. The most common example cited against Trump is his open opposition to illegal immigration (emphasis added). The way this distortion is achieved by the media is to delete the word “illegal” from the prior sentence and then assume the ethnicity of all immigrants as other than “white.” However, deleting the word “illegal” is a materially false representation of Trump’s position. Trump is not opposed to immigrants (like his wife). He is opposed to illegal immigrants. And, assuming that he is only speaking of illegal Mexican immigrants is inserting assumption at best. Trump’s actual position is opposing all illegal immigrants including those that are white. It just so happens that our greatest threat to national sovereignty is being executed on our southern border. I can effectively say all of this because I am an actual white immigrant – a legal white immigrant. As a legal white immigrant, I take racial exception to being forced to comply with costly laws that others are allowed to avoid simply on the basis of race. Trump’s position logically allows only one clear interpretation and that is that he is in favor of the rule law not racism (unless you are Hell-bent on the inappropriate use of political correctness as a selectively reasoned bully club). Consider which sounds more racist, to treat all illegal immigrants of all races equally, or to race bait by distorting a candidate’s words in order to create a false narrative of racism? Answer: the latter.

The Trump movement is certainly not a cult of personality. A cult of personality typically arises when a charismatic leader is aligned with mass media together promoting propaganda to create a worshipful image of a dictator for the purpose of establishing a totalitarian state. As we evaluate the Trump movement, we see the opposite. The media is aligned against him, and it is Clinton who advocates for a soft brand of totalitarianism. By the way, in every instance of actual cults of personality throughout history, the political philosophy that is always in common is totalitarianism. For this reason alone, Trump does not meet the definition. And, the reason that he is systematically demonized is because the totalitarian in the race (Clinton) totally lacks the requisite personality to admire. Therefore, the media has a totalitarian darling without the darling. And, in order to advance their agenda, they still focus on personality – but by demonizing Trump’s. For this reason, cults of personality can work in both ways. They can either promote a personality or demonize the opposition’s. Either method is entirely corrupt and morally bankrupt.

Acts 15 and similar passages are classic examples of a Biblical treatise on how to identify proverbial cults and how to respond. In the case of Acts 15 the remnants of the cult (or sect) of the Pharisees can still be seen at play. And, what such cults have in common is that they are effective at applying hypocritical and unattainable rules upon everyone else. Which side of the debate does that sound more like? And, while we are on the subject of attacking political personalities, Christian, can you think of a Bible verse that advocates or supports the public demonization of someone’s personality? No. Therefore, should you truly be thus engaging? Should you ever be assuming intent? When you assume intent, aren’t you assuming the role that is reserved for God? Christians, we need to tread much more carefully.

In conclusion, today we are witnessing the blossoming of the unholy alliance between a corrupt media and a corrupt political establishment bent on stealing power from the people. Our Founding Fathers knew precisely how to deal with such alliances – oppose and dismantle them. I am not a fan of boycotts as prior posts have outlined. But, there is one boycott that I will propose – a boycott of the political establishment and its media. Today, the media is aggressively pushing a false narrative against the will of The People and to the detriment of The People, including the violation of religious freedoms. While the Federal Government is clearly the biggest enemy of our freedoms, ironically, the media is a very close second. Therefore, I propose that we peacefully boycott all outlets of mainstream media (CNN, Fox News, MSNBC, ABC, NBC, CBS, etc.). I propose that we cut them off entirely and use alternate sources of media, both conservative and liberal (RealClearPolitics, Drudge Report, Huffington Post, etc.). I propose that we notify advertisers of our conviction and immediate execution of that conviction. I propose that we do everything that we can to dismantle a monstrous Federal Government and its corrupt ally, a monstrous mainstream media. We believe in the freedom of the press. But, when that press abuses their freedom to advance an agenda that restrict ours, we believe that the power and interest of We The People is the ultimate authority. It is time that both of our enemies hear our roars. By the way, doing this will probably give us more time to pray, read God’s word and serve/love others. In conclusion: Remove their audience one by one!

You can purchase the book "Reason If You Will - How To Answer Questions Regarding Faith" by clicking HERE. Profits go to Camp Bahamas. You can also follow @ReasonIfYouWill on Twitter.
Posted by Tim Albury at 7:38 AM
Email ThisBlogThis!Share to TwitterShare to FacebookShare to Pinterest
Newer Post Older Post Home