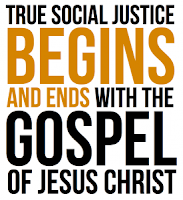 Have you ever heard the phrase “Two wrongs don’t make a right”? Well, this past week we saw that phrase played out rather clearly. And, the two high profile events of the past several days also clearly highlight what we all have in common – the thirst for justice. The first event was the government announcing their corrupt decision to not prosecute Hillary Clinton for obvious crimes of obstruction of justice, compromising classified information and perjury. I have yet to hear one person, Democrat or Republican, who declares by this that justice has been served. Days before, her husband happened to coincidentally attempt a secret meeting between passing airplanes on a tarmac with the Attorney General who held the responsibility to prosecute her. Then, over the Holiday weekend, the FBI interrogates Hillary Clinton for over three hours deciding to not record the content of the discussion and not placing her under oath. Then on Tuesday, the day after the Holiday while the vast majority of Americans are not paying attention, the FBI announces that while she broke the law publicly and in a manner that endangered our national interests, they will not recommend prosecution. A week later, when everyone is back to work, Bernie Sanders announces his endorsement of Clinton for President. What a difference a corrupt week makes? And, justice weeps.

Within the same week, two police officers are caught on video using excessive force in fatally shooting two black men, reigniting protests calling for the deaths of police officers. Within hours, a black sniper carries out the rallying cry and proceeds to shoot and kill five innocent police officers who are attempting to protect minorities involved in the protests, and wounding several other officers. This was followed by a rash of ambush-style attacks on innocent police officers around the country. Once again, justice suffers and the people groan. By the way, these are not the only incidents covered in the news that carry a similar theme. Look at the terms that dominate our headlines over the past year: Social Justice Warriors, income inequality, equal rights, fair share, etc. What does it all mean? What does it say when many of those who applaud the travesty of injustice of Clinton escaping accountability, are the first to forcefully demand justice against innocent police officers? What does it say when we want the guilty declared innocent and the innocent killed? What does it suggest when those who cry for justice are so hungry to deny it – and all in the name of justice? We should all want justice in every situation – justice for the two black men killed, justice for the five officers killed and justice for Clinton. Selective justice is wholly injustice.

All of this is not coincidence - that we universally seek justice. We bear the image of the one who is the source of all justice. In fact, without God, there is no justice. This is a proof that we were designed by the one who is just. Have you ever wondered why all of us seek justice and we are not evenly divided on the subject? In other words, why do we not fit on a spectrum statistically dispersed on the subject? Why are not half of us opposed to justice? Why is there not a roughly equal amount of people on either side of the median with regards to seeking justice? Why is the percentage of those who thirst for justice so astronomically high, if not 100%? If we all evolved randomly why are we not randomly distributed in our thirst for justice? Why is there no genetic trace of this thirst in our DNA? Why do we not see universal quest for equal justice in the animal kingdom whom we refer to as “ancestors?” What does this reality suggest?

Justice can only be achieved by and through God. He is the source of justice – all justice. He is not simply a being who happens to behave justly – justice is His nature. We seek justice because we seek God. And, we seek God because we seek justice. Therefore, it is only from God and the means by which He prescribes that we will ultimately receive justice. And, the only means that God has prescribed for us to heal all injustice, real or perceived, is the Gospel of Jesus Christ. All other efforts to seek justice outside of Jesus will break down and ultimately fail. All attempts to protest or demand justice by our flesh will fail. All attempts to wield politics to make things fair will utterly fail. All attempts of man to achieve justice outside of God and His Gospel will fail. Such attempts are probably wasted energy inspired by the enemy of Justice - God’s enemy.

We must secondly realize that justice can never be cured by injustice. We can’t expect to make things just by employing unjust tactics. That is an oxymoron and hypocritical. For example, injustice from police officers will never be cured by unjustly killing innocent police officers. Christian, we should be hesitant to align with agendas or movements that forcefully seek justice outside of the Gospel. Justice forcefully sought is more dangerous than the injustice that it targets. It is more evil than overt evil actions to disguise evil actions as moral. Even God said that He would rather we be cold than lukewarm.

Regarding God as the source of all justice, Deuteronomy 32:4 says, “The Rock, his work is perfect, for all his ways are justice. A God of faithfulness and without iniquity, just and upright is he.” Isaiah 30:18 says, “Therefore the Lord waits to be gracious to you, and therefore he exalts himself to show mercy to you. For the Lord is a God of justice; blessed are all those who wait for him.” And, the verses go on and on. Those are just a sample few of the many that declare this truth.

Therefore, in light of the above, let’s address the two recent flash points through the lens of the gospel. With regards to shooting black men and police, first of all, we need to pray, love, mourn, empathize and comfort those in need. We should lead with love and the Gospel, period. And, as we do, we should not align with anything that openly advocates, marches for, and chants death to our police officers because that is antithetical to the Gospel. The Bible is very clear that authorities should act justly and that we are to honor authorities, no ifs and or buts. And, killing of innocent people is the epitome of all that is unjust and anti-Gospel. Police officers deserve the same due process under law that the protesters believe was denied the two victims. You can’t advocate for due process by denying due process. We can’t allow the court of public opinion to decide any man’s fate. Rather, God works through the authorities that He has established. Killing innocent people on false pretense is entirely un-Godly. The Gospel should inspire us to love and forgive, not hate and destroy. The Gospel inspires us to repentance, not vengeance.

With regards to Hillary Clinton, it is entirely clear that she is the most corrupt person that has likely ever sought the highest public office in the land. She clearly lied to the American people and to Congress under oath, which is perjury. She clearly obstructed justice by destroying evidence while under criminal investigation, which is ironically a crime. And, she has blood on her hands that all of her criminal tactics are meant to cover up. Since our elected officials are too corrupt to carry out the law in her case, justice is probably all but dead in America. We have quickly moved away from the rule of law towards the rule of the ruling class, where laws only apply to those in power or those opposed to them. Christian, the interesting thing is that we can still play a role in serving Godly justice to Clinton. We can do everything in our God-given power to make sure she is rejected from holding any public office, especially the office of the President of the United States. We can also thereby attempt to elect those who will reverse this travesty of injustice. We can elect those who will take their oath of office seriously enough to prosecute her next year.

But, our desire to redistribute justice in the wake of these two travesties is much less urgent than our need to focus on the redistribution of the Gospel of God. Romans 1:16 says, “For I am not ashamed of the gospel, for it is the power of God for salvation to everyone who believes, to the Jew first and also to the Greek.” It is the Gospel of Jesus Christ that holds the cure for our nation’s ills. Therefore, the number one thing that we can do, is the very thing that God commanded us to do, and the very thing that the Holy Spirit empowers us to do – share the love of Jesus Christ. Share His Gospel. Weep with those who are weeping. Mourn with those who are mourning. Comfort those in pain. Reach across racial divides with hugs that only the image-bearer of God deserves. This is the power and justice of God. When we allow the gospel to do what we can’t, God’s power is unleashed through us. Then, people will see God.

You can purchase the book "Reason If You Will - How To Answer Questions Regarding Faith" by clicking HERE. Profits go to Camp Bahamas. You can also follow @ReasonIfYouWill on Twitter.
Posted by Tim Albury at 7:36 AM
Email ThisBlogThis!Share to TwitterShare to FacebookShare to Pinterest
Newer Post Older Post Home