Seeing With Eyes & Thinking With Hearts 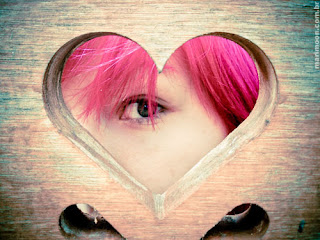 Ironically, at first glance, one might look at the title of this post and ask, “So what? What’s wrong with seeing with our eyes and thinking with our hearts?” Well, stop for once and think about it. If you are a Christian, there is plenty wrong with that. Yes, eyes were meant for seeing, but vision is not the totality of seeing. Sight was always meant to be combined with perception and thought. And, yes, thinking should not be void of emotion. But, emotion should always take a back seat to reason and wisdom. This is so clearly illustrated in the Taoist story. In fact, if you read the post title and even remotely agreed with the notion, you have probably been conditioned by our culture to some extent. Our culture is driving us to see only the surface, rapidly assume intent, quickly judge, and do, think and say whatever makes you feel good in response. That is a grand recipe for disaster.

Take for example social media. Instead of actually reading and expressing whole thoughts, social media today trains us to think in sound bites, texts, chats, tweets and posts. Quotes are often hastily labeled as racist without examining context and employing judgement to actually discern true intent. In fact, we will label a person racist off of a one word tweet. And, the same goes for the charge of sexism. And, the latest defaming label du jour this political season is fascist. I won’t go there as that is a whole other post. Suffice it to say, that what our culture is labeling as fascist is not actually fascist – do your research (a.k.a. reading). As a result, we are fomenting a toxic environment where everyone is flagrantly judging, out loud and in public, over social media (the equivalent of broadcasting), and everyone is guilty of something deserving punishment - except for “me” of course. Do you see where this leads?

God actually labels the reality we are witnessing today as foolish and wrong. 1 Samuel 16:7 says, “For the Lord sees not as man sees: man looks on the outward appearance, but the Lord looks on the heart.” God calls us to emulate Him in this attribute, not the opposite. And, Jeremiah 17:9 says, “The heart is deceitful above all things, and desperately sick; who can understand it?” Therefore, the heart is the last place you go to discern, only after our mind has had its thorough opportunity.

Christian, the truth is that we are supposed to both see and think with our minds through the Holy Spirit that resides within, not from the shallow veneer that we can see. That is because we don’t fully see a matter until our minds have adequately processed the matter. What enters the portals of our pupils is generally not enough to process most matters. This requires that we pause between viewing and judging and give adequate time for reasoning to take place properly. We should not allow ourselves to be caught in our culture’s formula of shallow, knee jerk litmus tests for everything that immediately enters our eyes. And, judging others should be the last thing we do, if at all. After all, if we see with our eyes and think with our hearts, we will actually distort all that is good into something that is not. The English poet, William Blake, penned it this way:

“This life’s dim windows of the soul,
Distorts the heavens from pole to pole.
And goads you to believe a lie,
When you see with, and not through the eye.”

In addition, emotions (heart) should also take a back seat to our minds and reasoning. Emotions can be helpful in their proper place. This is why sometimes that which immediately seems compassionate often has quite the opposite effect. Compassion must be reasoned with preference to result over intent. For example, as the political debate goes, liberals have heart and conservatives are cold-hearted. Actually the opposite can be true. Liberals favor handouts to the needy as compassion towards their plight. Then, when conservatives demand work in exchange for handouts, liberals immediately hurl harsh epithets in their direction. While well-intended, what the liberals don’t see is that handouts without accountability usually damage the person’s identity. The individual usually becomes dependent and spirals further into self-pity. Requiring work in exchange for handouts (like FDR did), actually instills purpose with our compassion, thereby giving the recipient incentive to move up the productive food chain in keeping with their God-given purpose. God never intended that handouts be demanded. In the end, neither view lacks compassionate intent. But, on the merit of results, conservatism is much more compassionate than liberalism, just not in the bottom-dwelling courts of tweets and divisive sound bites.

This dynamic of seeing and thinking with our minds is also true in the area of spirituality. Wanting all gods to be the same God might seem well-intended. But, if such a notion is false, such notion will lead away from truth and towards eternal death. Rather, our pursuit is for truth and love. And, both can only be found in the one true God (Jesus). But, to see this truth, it must be reasoned with our minds leading our hearts.

In conclusion, God blessed us all with eyes and hearts to be used for their proper purpose. That purpose is not to guide us. That actually is God’s role. And, God’s seat of choice in the temple of our souls is in the mind.

You can purchase the book "Reason If You Will - How To Answer Questions Regarding Faith" by clicking HERE. Profits go to Camp Bahamas. You can also follow @ReasonIfYouWill on Twitter.
Posted by Tim Albury at 11:25 PM
Email ThisBlogThis!Share to TwitterShare to FacebookShare to Pinterest
Newer Post Older Post Home