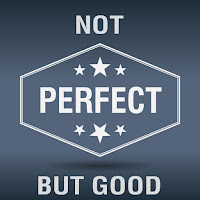 I'm pretty sure he was not the first to say it, but who could forget the immortal words of Thumper from the cartoon “Bambi” who recalled his mother's teaching, “If you can't say something nice, don't say nothing at all”? Aside from his unintentional double-negative, as far as people go who would disagree with him - and especially when it comes to describing another bearer of God’s image? Well, during the current political season apparently most of us disagree. We can reasonably expect mud to be slung by candidates at each other. And, we can sadly expect voters to attack each other as well. But, for Christian voters, we should not sling mud at candidates nor their followers, simply because mudslinging is not a fruit of the Spirit. And, the objects of our mud bear God's image.

During this year’s primary season, it is almost impossible for friendly candidates of the same stripe to avoid attacking each other in order to differentiate themselves towards winning the party's nomination. It is distasteful and annoying, but understandable. But, this should not be the flavor of our speech as Christians when discussing candidates or their supporters of any stripe. Christian, show me the Bible verse that instructs you to sling mud or personal diatribes at a candidate or his or her followers. There isn’t one. So, who are you obeying when you do so? Are you more like the religious Pharisees or the disciples that they piously demonized? Are you a purist who can’t even live by the standards to which you hold candidates? Are you an ideologue who votes purely on ideas, disregarding leadership? What part of Ephesians 6:12 escaped your practical thinking? No candidate is pure or perfect. And, no candidate is God. When we demonize imperfection in a candidate, we are hypocritically shooting ourselves in the foot while disobeying God in trying. It is one thing to demonize an idea, but we are never to demonize people – candidates or their followers. Self-expression should not degrade another of God’s image-bearers unless we relish the sight of mud splattered upon the image of God by our hands.

In addition, it never makes practical sense to demonize candidates. It does however make sense to demonize ideas. If you demonize a Republican centrist today, all you do is injure a potential nominee against the Socialist. In 2012, Mitt Romney was not the favorite conservative. But, Romney was amazingly exceptional when compared to Barrack Hussein Obama. However, after the purists and ideologues had finished personally menacing Romney prior to the nomination, he never fully recovered. He was forever tarnished from the process. And, in the end, the worst of all ideologues was re-elected to dramatically disastrous results. That is because those who vote with scruples will likely not vote for the tarnished centrist. And, those who lack scruples and favor the Socialist can never be swayed from their vote. The end result is far from scrupulous. What good did all of the demonizing of Romney do after all?

With that aside, let's turn back to the morality of our behavior. Christian, how many times have you posted on Facebook, Instagram or Twitter harsh name-calling and adjectives that personally demonize your least favorite Republican candidate? How many times do you do the same about Hillary Clinton or Bernie Sanders? Do you speak out more against certain Republicans than you do Socialists? Does that even make sense? Or, are you conditioned by political correctness? Are you jumping on bandwagons or obeying your Creator? For example, I can list here every one of the remaining Republican contenders and say something very bad about each one that is 100% true. Yet, all of them are far better candidates than what awaits the nominee in the general election. I hate to break my own rule here, but, it is pretty clear from the evidence that Hillary Clinton committed felonies, lied before Congress, and failed to protect Americans from loss of life – are you posting about her being a criminal? Is what any Republican has said or done any worse than committing Federal crimes? But, you feel the pressing need to publicly demonize a Republican? Who is pressing you?

Christian, personal demonization should never be part of our public repertoire. Our words are to build others up and be a blessing. Ephesians 4:29 says, “Let no corrupting talk come out of your mouths, but only such as is good for building up, as fits the occasion, that it may give grace to those who hear.” How do your posts compare with that standard? Had we publicly blessed Romney four years ago, he might be President today. Have you thought about that? Your words, both spoken and written have power. Proverbs 18:21 says, “Death and life are in the power of the tongue, and those who love it will eat its fruits.”

To that end I will close with the challenge from James 3:6-13, “And the tongue is a fire, a world of unrighteousness. The tongue is set among our members, staining the whole body, setting on fire the entire course of life, and set on fire by hell. For every kind of beast and bird, of reptile and sea creature, can be tamed and has been tamed by mankind, but no human being can tame the tongue. It is a restless evil, full of deadly poison. With it we bless our Lord and Father, and with it we curse people who are made in the likeness of God. From the same mouth come blessing and cursing. My brothers, these things ought not to be so. Does a spring pour forth from the same opening both fresh and salt water? Can a fig tree, my brothers, bear olives, or a grapevine produce figs? Neither can a salt pond yield fresh water. Who is wise and understanding among you? By his good conduct let him show his works in the meekness of wisdom.” And, remember candidates and their followers, like you, “are made in the likeness of God.”

You can purchase the book "Reason If You Will - How To Answer Questions Regarding Faith" by clicking HERE. Profits go to Camp Bahamas. You can also follow @ReasonIfYouWill on Twitter.
Posted by Tim Albury at 7:29 AM
Email ThisBlogThis!Share to TwitterShare to FacebookShare to Pinterest
Newer Post Older Post Home