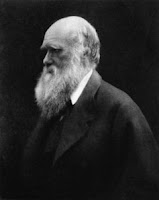 February 12th was the birthday of the late Dr. Charles Darwin back in 1809. With such a date passing, we pause to reflect once more on the dramatic impact of one man’s attempts to discredit God. Upon reading that sentence, you might find my assertion rather bold or far-reaching. But, that is precisely what Darwin attempted intentionally or not. And, his success has been sadly famous. In fact, he has been so successful that I’m guessing he is not celebrating his scientific body of work right now. It is important to note that it was reported by Elizabeth Cotton in 1915 in a questioned publication, that Cotton visited Darwin on his deathbed where he confessed to her his second thoughts about his work. That claim was denied by his family, but may still be true. We genuinely pray that somehow his soul rests in peace. We genuinely pray that before he passed, he did in fact turn his life over to God.

Regardless of whether Darwin did or did not question his work on his deathbed, he clearly questioned it in the text of his own work. Darwin expressed significant doubts throughout the texts of his evolutionary publications. He referred to his work as “grievously hypothetical.” That is far from confidence. Darwin continued, “The eye to this day gives me a cold shudder.” To think the eye had evolved by natural selection, Darwin said, "seems, I freely confess, absurd in the highest possible degree." We agree. Darwin called his own hypothetical applied to the reality of the eye to be “absurd.” We agree with that as well. And, Darwin felt the same about the peacock’s feather, which he said “makes me sick.” These doubts were further fortified by letters that he wrote to colleagues and friends in which he expressed unceasing streams of doubt. It would be entirely consistent for him to carry such pervasive doubts to his death since the evidence required to remove them are elusive even to this day (and it probably does not exist). After all, the grand attempt of Darwin’s work was to unite the entire big picture of biological origins into a single and seamless yet unsubstantiated vision. In light of such audacity, we can only conclude that his goal is naturally impossible. In fact, evidence existed in nature to the contrary even in his day. Yet, while such an attempt is naturally audacious, the supernatural is immune from audacity.

But, what about the evidence contrary to Darwin? Were you ever taught about such evidence in your biology classes? 207 years after Darwin's work, last week, a nationwide poll was conducted regarding Americans’ opinions around teaching the evidence both for and against evolution. The poll was conducted by the Discovery Institute and included surveys of 2,117 U.S. residents randomly sampled from a nationally representative panel of more than 6 million residents (also used by NBC, the Los Angeles Times, etc.). Surprisingly, the survey revealed that today 81 percent of American adults believe that “when teaching Darwin’s theory of evolution, biology teachers should cover both scientific evidence that supports the theory and scientific evidence critical to the theory.” Then again, isn’t that science? You could word the polling question more like this: “Should biology teachers teach science?” Science at its core is about continually challenging its own conclusions and its own interpretations of evidence. There is probably not a single theory in science that lacks logical critique against it. And, in almost every other area of science, the contrary evidence is presented and taught. Sadly, that is not the case for Darwinian evolution. It is not good education to present only a one-sided review of data, especially in sphere of science.

Proverbs 18:17 says, “The one who states his case first seems right, until the other comes and examines him.” It is not until both sides of a coin have been examined that we understand the coin as a whole. That is what America clearly wants – science with critical thought. But, alas the authorities governing the dispensing of evolutionary dogma will not allow it. Christian, in the end, it is up to us to provide this education to our families since society will not do it for us. We must be proactive in supplementing the education of our children even through adulthood in order to make sure they understand true science and how to appropriately apply critical thinking. Only truth welcomes criticism, because truth has nothing to fear.

You can purchase the book "Reason If You Will - How To Answer Questions Regarding Faith" by clicking HERE. Profits go to Camp Bahamas. You can also follow @ReasonIfYouWill on Twitter.
Posted by Tim Albury at 7:23 AM
Email ThisBlogThis!Share to TwitterShare to FacebookShare to Pinterest


So you don’t think political correctness is pathetically out of control? Last week, students at the University of Oregon staged a dramatic protest. What was the subject of their protest? Well, they were protesting a famous quote on the wall of the Student Union for not being diverse or inclusive enough – demanding it be removed immediately (censored). By the nature of their being so offended, you might imagine that the quote was from Hitler, or a Founding Father who owned slaves. But, you would be wrong. What they were protesting and demanding being taken down was Martin Luther King Jr.’s famous “I have a dream” quote. Yes, you read that correctly. Apparently, this quote from the great Civil Rights leader is offensively not inclusive enough as it only addresses skin color. These students are displaying pure intolerance under the false disguise of inclusion. According to them, unless your speech includes every possible group, you should be censored on the grounds of not being inclusive. If the speech police deem your quote to be non-inclusive, then that would be just too offensive to be displayed. But, even the protesters can’t live up to such a ridiculous standard. Maybe our culture is producing whining children who are far from adult and entirely too thin-skinned. After all, their behavior is far more like adolescence than it is like adulthood. Only pre-adolescent children require safe zones. 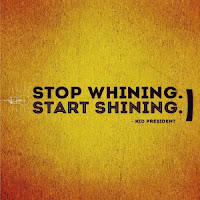 Preposterously, our society values political correctness so much that it finds virtue in being offended. But, being offended at someone is everything but virtuous. Being offended is usually ugly, not winsome. Being offended is thin-skinned or over-sensitive. So few today are willing to admit the obvious especially in confrontation to how this childishness is polluting our adult campuses. I can think of only one appropriate example of someone who actually did confront it. In May of 2015, famous British novelist, Ian McEwan, gave the commencement speech at Dickinson College in Pennsylvania. McEwan delivered a timely address to this over-sensitive culture. His defining quote was this: “There’s nothing virtuous about being offended.” He was right. By the way, this is also true for Christians. Christian, there is nothing virtuous about being offended. In fact, what the Bible commands for us is to be unoffendable not offendable.

1 Corinthians 13:5 even declares that love is not “irritable” or easily provoked to anger. And, finally Jesus Himself said in Matthew 5:39, “But I say to you, Do not resist the one who is evil. But if anyone slaps you on the right cheek, turn to him the other also.” Christian, where in scripture do you find the clearance for you being offended by someone much less expressing it? In fact, if you find yourself offended by others, aren’t you worshiping yourself? Even if God seems to be mocked by your fellow man in the most vile of manners, remember that Galatians 6:7 says, “Do not be deceived: God is not mocked, for whatever one sows, that will he also reap.” There is no mockery of God that sticks because our God is not mockable. Any mockery presumably directed at God is actually directed at a god formed by human assumptions that is far lesser than the God of reality. And, God does not need you to defend Him. He commands us to defend His gospel, not Himself (1 Peter 3:15). To feel like you need to jump in and rescue God is not only losing your place, it is losing your mind. Therefore, if you worship the true God, you should be extremely hard, if not impossible, to offend. In fact, in His Sermon on the Mount, Jesus even likened internal anger toward others with murder – not much room there to be offended is there?

Christian, what entitles you to be angry with someone else? Like vengeance, all anger towards others (including righteous anger) belongs to God. Therefore, we humans must surrender the notion of it. We are not called to have righteous anger toward others, but to forgive all sin that would otherwise tempt us to be angry with them (also a sin). I realize that the notion of surrendering your right to be angry with someone attacks your pride. But, shouldn’t your pride be attacked and ultimately eradicated? Actually, since the “right to be angry with others” doesn’t even truly exist for one who is "crucified with Christ," you are not surrendering anything that should have already been surrendered. If we are supposed to put others first (Philippians 2:3), wouldn’t that result in never being angry with someone else? Isn’t it much more virtuous, admirable, and attractive to be unoffendable by others? Have you ever observed someone who just can’t be offended by others? Didn’t you think more highly of that person than those of thinner skin? After all, don’t we subconsciously expect others to be unoffended by us? Therefore, be unoffendable to others first.

You can purchase the book "Reason If You Will - How To Answer Questions Regarding Faith" by clicking HERE. Profits go to Camp Bahamas. You can also follow @ReasonIfYouWill on Twitter.
Posted by Tim Albury at 7:19 AM
Email ThisBlogThis!Share to TwitterShare to FacebookShare to Pinterest
Newer Posts Older Posts Home
Subscribe to: Posts (Atom)