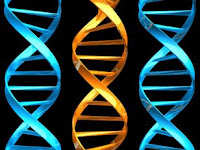 We have heard the argument repeatedly (without proof) in defense of “gay marriage” (and homosexual activity in general), that homosexuals are born that way. Proponents argue that this is not a choice, because it is genetic, even though science continues to search for the elusive (probably non-existent) "gay gene." Aside from the fact that genetics do not decide our choices, does science truly support that homosexuality is genetic? No, it doesn’t. There does not exist a single study that compares the DNA of homosexuals finding differences from that of heterosexuals. However, we now have many studies that suggest exactly the opposite. In fact, there were eight major studies of identical twins across Australia, the U.S., and Scandinavia conducted over the past 20 years. The conclusions of these studies are clear: the data suggests that homosexuals were not born that way. How did they support this hypothesis? These studies compared the DNA of thousands of identical twins where at least one twin is homosexual because identical twins have the same DNA. According to Dr. Neil Whitehead the studies revealed that, “If an identical twin has same-sex attraction the chances the co-twin has it are only about 11% for men and 14% for women.” Further, “The predominant things that create homosexuality in one identical twin and not in the other have to be post-birth factors.” By the way, separate studies also suggest that the rate of homosexual offspring is similar for homosexual parents as it is for heterosexual parents. These studies and their conclusions are science. Then again, they are also common sense, aren't they? How else can you explain the numerous examples of people who jump back and forth between heterosexuality and homosexuality? The answer is ... choice.

Before we address the moral aspects of these conclusions, allow me to first address my own sexual immorality. I am a heterosexual male. I am happily married to my college sweetheart for the past 27 years. However, I have a natural temptation to look at other women in lust. Of this immoral tendency Jesus said in Matthew 5:28, “But I say to you that everyone who looks at a woman with lustful intent has already committed adultery with her in his heart.” That means every time I yield to this daily temptation, I am guilty of adultery. But, wasn’t I born this way? Why would God still find me guilty? But, this is the way God made me isn’t it? Therefore, this can't be immoral? No, each time I give in to this natural tendency, I am not excused, not by God, not even by myself and certainly not by my wife. Rather, God calls me to rise above my flesh (where my DNA resides) and natural tendencies. God rightly declares my flesh to be corrupt and calls me to suppress it. Every day I must choose to actively resist this temptation. Therefore, I create boundaries that help me avoid yielding to my flesh. I also have others in my life that hold me accountable in addition to my wife. I have a choice to resist this sexual temptation, just as much as I have the choice to yield to it.

What my daily struggle illustrates is that all (not some, but all) sexual immorality is the same in its origin and choice corruption. In fact, this is also true for the immorality of premarital sex. As old-fashioned as it may seem in today’s culture, God has not changed his mind about that either. But, if you follow the logic of those defending “gay marriage” why bother resisting that temptation either? If I am born heterosexual, and I want to have premarital sex, I have no choice but to yield to my flesh in this regard. That too is defying both logic and common sense.

Again, all forms of sexual immorality can be suppressed, including homosexuality. Christian, if sexual preference is not a choice, then why would God call certain sexual preferences immoral and then communicate punishment for yielding to them? Even 1 Corinthians 10:13 says, "No temptation has overtaken you that is not common to man. God is faithful, and he will not let you be tempted beyond your ability, but with the temptation he will also provide the way of escape, that you may be able to endure it." The truth is that 100% of all immorality is a willful choice and can be resisted. If this were not true, then we would all be doomed to chaotic, hedonism. But, that is not the case. In fact, most if not all people, conduct the majority of their waking lives in a manner compliant with many forms of restraint, including sexuality. Sexuality is not a special class of choice that is impossible to resist.

But, let’s continue to digress away from science for a moment. Let’s assume that sexuality is genetic (which is not scientific). Then again isn’t every sin genetic? Romans 5:12 says, “just as sin came into the world through one man, and death through sin, and so death spread to all men because all sinned.” Sin is our genetic inheritance from Adam on down to you and me. And, God commanded everyone from Adam to you and me to suppress the natural desire to yield to temptations that God forbids us from. To that end, we should not respect any form of sexual immorality over another. I equally disrespect my own sexual immorality as much as I disrespect that of others. We should never vault any sexual immorality as excusable over another. In fact, none of them are excusable. That is why on this topic, the group that I respect the most are the Christians who are either single or who have repented of homosexuality by choosing celibacy. This is a greater witness than mine.

In closing, Romans 6:13-20 says, “…The body is not meant for sexual immorality, but for the Lord, and the Lord for the body…Do you not know that your bodies are members of Christ?... Flee from sexual immorality. Every other sin a person commits is outside the body, but the sexually immoral person sins against his own body. Or do you not know that your body is a temple of the Holy Spirit within you, whom you have from God? You are not your own, for you were bought with a price. So glorify God in your body.”

You can purchase the book "Reason If You Will - How To Answer Questions Regarding Faith" by clicking HERE. You can also follow @ReasonIfYouWill on Twitter.
Posted by Tim Albury at 8:30 AM
Email ThisBlogThis!Share to TwitterShare to FacebookShare to Pinterest
Newer Post Older Post Home