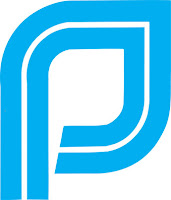 Over the past couple weeks it has come to our national attention what some of us have been warning of since Roe v. Wade. We who oppose abortion on demand (abortion as birth control) have long warned that not only is abortion the unnecessary killing of babies, but that we will soon devalue life so much that we would likely devolve to the point of harvesting infant organs for money. In response to our opposition we have been mocked as alarmists and as those guilty of employing the logical fallacy of "slippery slope" reasoning. Now, after brutally killing over 50 million human beings, we learn that Planned Parenthood is doing that which we warned would be done. With our tax dollars, and against the will of the people, the leadership of Planned Parenthood was caught on video admitting to the calculated late-term manipulation and harvesting of babies’ organs for cash. To all who are reading this, instead of being desensitized by over 40 years of barbaric brutality, if only for the first time, please listen to the opposition now.

It was the words of Juliet in Shakespeare’s “Romeo and Juliet” who said, “What's in a name? That which we call a rose by any other name would smell as sweet.” Those are profound words and can be adapted to the subject at hand. That which we call infanticide by any other name would be as barbaric. You can't mask infanticide by calling it Planned Parenthood. What if Hitler labeled his barbaric campaign, Planned Supremacy? That sounds more pleasant than maniacal genocide doesn’t it? If you think the Hitler analogy is a stretch, keep in mind that in America alone, we have violently killed far more human beings through abortion than Hitler and his regime did. And the human beings we are killing are far more vulnerable as well. Therefore, which side of the debate promotes that which is barbaric, gruesome and utterly detestable? And, while we are listing adjectives to describe what our culture holds sacred, consider the following list of adjectives as to whether they are also appropriate: abhorrent, atrocious, awful, despicable, disgusting, grotesque, hateful, heinous, horrid, monstrous, obnoxious, offensive, outrageous, repugnant, repulsive, revolting, and vile.

Before we leave the subject of choosing deceptive names, it is one thing to deceptively choose a more pleasant sounding name in order to mask the barbaric slaughter of infants. But, as they select pleasant sounding names, they should at least have chosen a name that does not imply a function that is reserved for a Higher Power. Isn’t God the Planner of parenthood? How arrogant for man to assume God’s role albeit merely in name? Also, how perverted to white-wash the killing of babies behind such a name? Killing babies is not planning parenthood, but quite the opposite. That is like calling yourself a Wedding Planner by murdering grooms. Yes, you are determining the outcome of events in the subject area, but there is nothing noble or good about your methods and plans as your deceptive name implies.

Not only does Planned Parenthood mask barbaric infanticide behind a deceptive name. And, not only does the name they chose imply a function that rightfully belongs to God. But lastly, they distort and abuse words out of one side of their mouths, while behaving in a manner that contradicts their distortions out of the other side of their mouths. For example, they won’t use the words “baby” or “human being” in spite of the incontrovertible fact that an unborn infant clearly meets the definitions of both of those terms. No, instead they use the word “fetus”, and argue that it is just a “blob of tissue”. Well, that is from one side of their mouths. But from the other side of their mouths they are quoting prices for whole infant lungs, infant livers, and other infant organs that they have brutally harvested from these “blobs of tissue”. How is it just a fetus or blob of tissue, but from the blob we are harvesting whole human organs? Could it be because these are whole human beings? How sick are we when we lie to ourselves in order to mutilate full-term children and sell their organs for cash? By the way, America, be careful how you answer that question, because your answer describes you.

We read in the Old Testament about Manasseh and other leaders sacrificing their babies on the burned altars of Molech and other gods. And, we leave the reading of the text shocked and appalled. But, America, we are far worse than they. At least the worshipers of Molech burned the babies they sacrificed (which is still horrific). America is far more horrific than that. We gestate the babies to term and breach the delivery, all so that we can brutally kill the child and harvest its fully developed organs for sale. And, to top that off, we force our citizens to pay taxes with which we fund the practice against the consciences of the taxpayers. Then we lecture those who oppose all of the above and accuse them of conducting a "war on women". The only war being conducted on women both born and unborn is at the brutal and barbaric hands of the abortion industry and those who support it with money, energy, time, or all other means of support…including silence. Mother Teresa said, “The greatest destroyer of love and peace is abortion, which is war against the child. The mother doesn’t learn to love, but kills to solve her own problems. Any country that accepts abortion is not teaching its people to love, but to use any violence to get what they want.” And, if you realize that what Planned Parenthood is doing is brutally horrific, it will likely get much, much worse unless we repent soon.

If you are a pro-choice or silent "christian", what will it take for you to stand with God and/or repent? How far must it go before you open your eyes to see the reality of what is taking place with your money and your approval? When will you start voting as if this is one of the most important issues? When will you start speaking out in opposition as if children's lives matter more than yours? When will you stop advocating lies that result in blood-thirsty infanticide? When will the church begin to silence its family members who openly align with that which is evil? After all, Acts 20:30 warned us, “and from among your own selves men will arise, speaking perverse things, to draw away the disciples after them.” Isaiah 5:20 says, “Woe to those who call evil good, and good evil; Who substitute darkness for light and light for darkness; Who substitute bitter for sweet and sweet for bitter!” Lastly, Proverbs 14:12 says, “There is a way which seems right to a man, but its end is the way of death.” That describes our abortion culture perfectly. On this issue with whom are you aligned, God or “unprincipled men”?

I will close with 2 Peter 3:14-18, “Therefore, beloved, since you look for these things, be diligent to be found by Him in peace, spotless and blameless, and regard the patience of our Lord as salvation; just as also our beloved brother Paul, according to the wisdom given him, wrote to you, as also in all his letters, speaking in them of these things, in which are some things hard to understand, which the untaught and unstable distort, as they do also the rest of the Scriptures, to their own destruction. You therefore, beloved, knowing this beforehand, be on your guard so that you are not carried away by the error of unprincipled men and fall from your own steadfastness, but grow in the grace and knowledge of our Lord and Savior Jesus Christ. To Him be the glory, both now and to the day of eternity. Amen.”

You can purchase the book "Reason If You Will - How To Answer Questions Regarding Faith" by clicking HERE. You can also follow @ReasonIfYouWill on Twitter.
Posted by Tim Albury at 7:12 AM
Email ThisBlogThis!Share to TwitterShare to FacebookShare to Pinterest
Newer Post Older Post Home