The Invention of Crucifixion 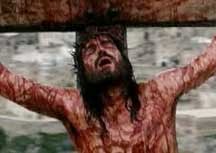 There are many claims made by critics against the notion that Jesus fulfilled Messianic prophecies. Chief among them is the question of whether the crucifixion of Jesus was in fact a credible fulfillment of ancient prophecy. Even the most imbalanced skeptics are unable to credibly deny that Jesus was crucified approximately 2,000 years ago. What they probably will debate is whether or not this is a compelling fulfillment of ancient prophecy. By way of background, crucifixion is a form of slow and painful execution in which the victim is tied or nailed to a large wooden cross and left to hang until dead. The invention of this form of capital punishment dates back to ancient Rome as far back as the First Century A.D. Was this mode of death credibly prophesied regarding Jesus or not?

There are several ancient prophecies regarding Jesus and crucifixion. But, one of the most graphic and specific is Psalm 22 (it is right up there with Isaiah 53). Keep in mind that Psalm 22 was written approximately 1,000 years before crucifixion was even invented. With that in mind, consider the following excerpts from Psalm 22 (and their fulfillment in the gospels): “My God, my God, why have you forsaken me? (Mark 15:34, Matthew 27:46) .. But I am … scorned by mankind and despised by the people. All who see me mock me; they make mouths at me; they wag their heads (Mark 15:29, Matthew 27:39); ‘He trusts in the Lord; let him deliver him’ (Matthew 27:34) … I am poured out like water, and all my bones are out of joint; my heart is like wax; it is melted within my breast; my strength is dried up like a potsherd, and my tongue sticks to my jaws (John 19:28) … a company of evildoers encircles me; they have pierced my hands and feet—I can count all my bones—they stare and gloat over me; they divide my garments among them, and for my clothing they cast lots. (Mark 15:24, Matthew 27:35, Luke 23:34, John 19:24)” There is only one fate known to man that Psalm 22 describes – that fate is crucifixion.

Let’s now examine what the critics have to say about this. Below are the most prominent criticisms in the form of italicized questions. What follows is a possible apologetic response:

Couldn’t the gospels be deliberately written to mimic prophecy? This criticism actually admits that Psalm 22 is prophecy. Many critics won’t agree with such an admission even though they employ this criticism. But, by admitting Psalm 22 is prophecy as a mechanism of arguing that it is not prophecy is self-refuting. Either it is prophecy or it is not. That said, there are many aspects about Jesus’ death that He had no control over, namely the manner being crucifixion and the dividing his clothes for the casting of lots. Further, these two facts about the crucifixion scene have never been credibly questioned. Jesus was certainly crucified. And, Roman soldiers were always tasked with stripping the victim naked and deciding which among them gets to keep the clothes, often determined through the casting of lots. Remember, crucifixion and Roman soldiers casting lots was invented 1,000 years after Psalm 22. Is it mere coincidence that Jesus was killed in a manner consistent with Psalm 22 which was not invented until the time of Jesus? Not only is this criticism potentially self-refuting, it requires suspension of disbelief.

Couldn’t a better interpretation of the piercing of hands and feet be that of a lion who pins down his prey? The answer is simply “no.” This chapter of Psalms makes many allegorical references (dogs, bulls, etc.), but this specific prophecy makes no mention of a lion. Why should we insert something that is not there? Wouldn’t that be the type of thing that is precisely guilty of the first criticism above? Regardless, the word used for piercing in Hebrew is “karah” which means literally to “dig through.” In other words Psalm 22 is describing both hands and both feet being dug through. That hardly sounds like a lion holding down its prey. But, it sounds a lot like crucifixion.

Does forsaking Jesus really sound like part of God’s plan? Actually yes. It was prophesied in Genesis 3:15. And, Isaiah 53:10 also prophesied, “it was the will of the Lord to crush him.” It was always part of God’s love story to sacrifice Himself out of love for us. The pouring out of God’s wrath on Jesus in place of us was part of God’s plan from the very beginning. That is the gospel in fact (Jesus in my place).

But what about the other verses that mention things that we don’t see at Jesus’ crucifixion? As with most if not all prophecies, the human instrument through whom God breathes typically elaborates with analogies and symbols to describe the vision that they are trying to grasp and explain. Not all analogies and symbols must be present in the actual fulfillment in order for the prophecy to be found to be fulfilled. For example, the Psalmist also says, “For dogs encompass me.” Does that mean that if there are no dogs at the foot of Jesus’ cross this prophecy was not fulfilled? That conclusion would be silly. Any reasonable review of the text would quickly conclude that in the Psalmist’s vision, he felt the feeling that you might feel when you are surrounded by dogs. His vision was through Jesus’ eyes. Since the Psalmist could not fully understand what he was seeing, he elaborated with metaphors to help the reader feel what he was feeling. From Jesus’ vantage point, does this metaphor make sense? Well, of course Jesus felt like that while hanging to die on a cross surrounded by his accusers and executioners. Wouldn’t you? This criticism is reaching at best.

Why is there no mention of the resurrection? This question makes no sense because Psalm 22 actually does mention the resurrection, just not in literal terms. Psalm 22:21-22 says, “You have rescued me from the horns of the wild oxen! I will tell of your name to my brothers; in the midst of the congregation I will praise you.” Sounds like a figurative resurrection to me.

Was Jesus prophesied to be crucified 1,000 years before the invention of crucifixion? Yes. What does that suggest? You be the judge, but judge wisely.

You can purchase the book "Reason If You Will - How To Answer Questions Regarding Faith" by clicking HERE. You can also follow @ReasonIfYouWill on Twitter.
Posted by Tim Albury at 7:19 AM
Email ThisBlogThis!Share to TwitterShare to FacebookShare to Pinterest
Newer Post Older Post Home