If Jesus Is Our Firstborn


In a recent survey of the Folio Society, members named The Bible as the most important book of all time. The good news of this survey is that the Bible garnered the leading 37% of the votes. While this was good news, the news in total is quite mixed at best. In second place, garnering 35% of the votes was Darwin’s “On The Origin of Species.” That is a very close second place. And, 37% is a pretty weak first place. This means that 63% of those surveyed believed that the Bible is not the most important book. And, 35% believed that Darwin’s book was more important than the Bible. This result is sad, but entirely expected. This survey might also explain why so many even in the Church are trying so desperately to make these two books harmonize with each other. After all, wouldn’t it be nice if the two most important books of all time agreed with each other? The problem, however, is that they don’t. In fact, isn’t a book that calls into question the identity of man, the identity/power/integrity of God, and the Bible’s veracity, a book that is primarily opposed to the Bible? In that light, isn't the attempt towards harmony a fool's errand?

This blog has posted on numerous occasions regarding the faulty science, faulty philosophy and faulty logic behind Darwin’s most famous "theory." But, what about the faulty spirituality of Darwin’s work? After all, since the Bible is first a spiritual book, and we are trying to harmonize another book with it, shouldn’t that other book harmonize with the Bible spiritually first if they are to harmonize at all? Since God is spirit and our true identity as man is spirit it is spirituality that is the ultimate defining quality of all things. Spirituality is the core defining attribute of the entire universe. What anything says or implies spiritually is what defines it in God’s eyes. And, what God defines of anything is that thing’s only definition. After all, God gets the final and only say on what something is and is not. And, while this blog has posted many times on this subject, such posts have come with surprising private criticism from those in the Church. But, is such criticism spiritually grounded? 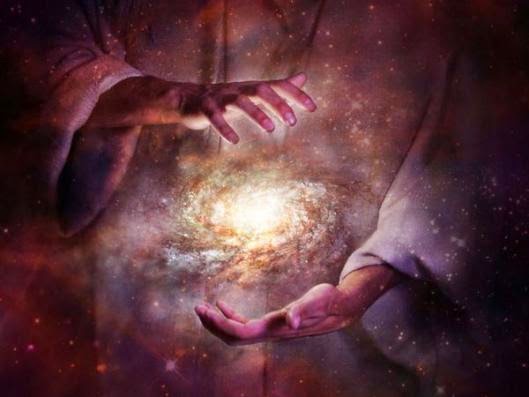 Allow me to answer that by way of a series of questions: If death entered all creation through Adam, the most evolved man we know of, did the evolutionary ancestors of Adam not die? If man evolved from lesser forms (which requires death), for what reason did those lesser forms have to suffer death? If Jesus is the "firstborn" of all creation, and we were created in His "image" from "the beginning," but the creation account is twisted as figurative language disguising the truth of macroevolution, why then was Jesus (our firstborn) not born in the form of the first beings? Would God, who explicitly revealed in the Bible some of the most amazingly deep truths of science, deceive us about creation only for us to find later that He lied? Was God incapable of describing evolution? Did God lie to us or did those who are truly guilty of lies, lie to us? If Jesus came to take on our flesh like us, and He was the first Adam and the firstborn of all creation, doesn’t it only make sense that Adam was the first created, un-evolved being, just like Jesus?

In truth, those in the Church who advocate for this quasi-paganizing of Genesis are arguing from flesh, not spirit. They are making human arguments and not letting scripture speak for itself. They are superimposing their opinion of scripture void of actually citing it. This distortion inevitably results in the wholesale modification of scripture to suit man’s tastes as opposed to the proper inverse. After all, if we would just let scripture speak, here are some samples of what it actually says:

And, in reference to this last passage, the travesty of those in the Church that paganize Genesis is that they are doing the opposite of what this scripture implores. This passage commands us to move from the flesh towards the spirit, not argue that our spiritual book is inaccurate in favor of our flesh. It is only as we move from the corruptible towards the incorruptible that we trend towards our royal identity and eternity. The Bible is not glorified through evolution. Rather, evolution reduces the Bible to something much less relevant to our eternity and identity – even less relevant than say Darwin’s grossly errant book.

Christian, Jesus created you in His image from the beginning. And, as the firstborn of all creation, Jesus was born in Bethlehem in our fleshly image in order to rescue us from our corrupted flesh. This pre-existent, first Adam, Jesus, defines who we are and who we are not. Dismiss all voices from whatever source they come which call into question these truths about our identities. Such voices are regurgitations of the growing whispers and shouts of His enemy. These voices do and will continue to outnumber the voices of truth. But, they will never surpass truth’s power. This is yet another reason why every thought you have must be daily subjected to God’s word where each thought is either affirmed as worthy or denied as unworthy. As a follower of God, on this matter you must have no other resolve.