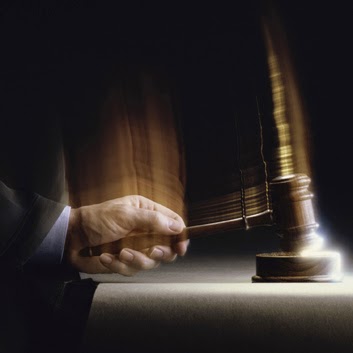 Earlier this month the Supreme Court of the United States refused to hear the appeal from five states whose popularly elected bans on “gay marriage” were overturned by a single activist judge in a lower Federal court. This cowardly and underhanded maneuver by the highest court in our land was the probable final significant step in making “gay marriage” legal throughout the country against the will of the majority. Once again, as was the case when the Supreme Court similarly injected abortion rights into the Constitution where it never existed, conservatives are told to be silent under the deception of the cliché, “You can’t legislate morality.” To that I quickly respond, “You can’t NOT legislate morality!”

The first recorded version of this shallow cliché was a quote in 1856 made by James Hambleton regarding the debate over the establishment of a public school system, “You cannot legislate men to morality; you must educate them to liberty and virtue . . . and the schools must give to the country a people who will require no such despotic laws.” This was a shallow and nonsensical argument then and it is a shallow and nonsensical argument now. The simple reasons that it is shallow and nonsensical are that it is both unsupportable and logically impossible. The legislation of morality is unavoidable. All laws are meant to govern morality, without exception. In fact, there isn’t anything else that you can legislate but morality. If you assume that laws are not directed at affecting our moral behavior then you must conclude that laws are strictly written for the disconnected purpose of tyranny. I don’t believe that and I doubt you do either.

Morality is about right and wrong. Every law says one behavior is right and the opposite behavior is wrong. Therefore, all laws legislate morality – the question is whose morality? For example, regarding abortion, the pro-life advocates wants to legislate to require continued pregnancy upon the mother. That is a moral position. But, the pro-choice side wants to impose death on the baby whenever abortion is chosen. That too is a moral (or immoral) position. The pro-abortion advocates also take the moral positions that the father has no right to make a choice and that the baby has no moral right to life much less choice. Finally, the left forces upon us that the only person who has a moral right is the mother. Every one of these positions are moral positions. In fact virtually every position in law and politics is a moral position. All sides, conservative, liberal and all shades in between (even Libertarians) are trying to legislate morality. And, while our politicians and activists blather on, our own unrevised founding documents clearly state as the first guiding principle that our “inalienable rights” have been unto us “endowed by our Creator” and the first among those rights is “life.” Without the right to life, you don’t have anything. The right to life is the right to all other rights. That is why it is listed first in the Declaration of Independence. Sounds moral to me.

Abortion is probably the most famous case where this bankrupt argument was most effectively used (even in the Church). In addition to legislating the right to kill babies, some other examples of laws that legislate morality include:

For the sake of space I will stop the list there. But, without exception, we could list every single law ever passed as an example of attempts to legislate morality.

Isaiah 10:1 warns us, “Woe to those who decree iniquitous decrees.” What the prophet Isaiah was warning us of was regarding God’s reaction to such people. That reaction was later recorded in Romans 1:24, “Therefore God gave them up in the lusts of their hearts to impurity, to the dishonoring of their bodies among themselves, because they exchanged the truth about God for a lie and worshiped and served the creature rather than the Creator, who is blessed forever! Amen.” We are living in the horrid fruition of that outcome. And, specifically regarding abortion, Psalm 94:20-21 hauntingly says, “Can wicked rulers be allied with you, those who frame injustice by statute? They band together against the life of the righteous and condemn the innocent to death.” Finally, while Romans 13 commands us to obey our government, when that government commands us to disobey God, Acts 5:29 says, “We must obey God rather than men.” Which is why regardless of what an activist judge rules, God’s Church has but one simple reaction to “gay marriage” – align with God in opposition. Otherwise you are advocating the legislation of a perverted morality. Do you honestly think that God supports the legalization of "gay marriage?"

The truth is that the left is certainly in favor of legislating morality as long as it is their morality. In other words they believe and preach to the rest of us that you can’t legislate morality, but you can legislate against it. To my friends on the left, I am willing to make a deal with you regarding the moral lesser of two evils. I will support “gay marriage” if you will join me in unconditionally defending the right to life for unborn children. To my friends on the right, don’t worry - this deal will never result in my support of “gay marriage” because those on the left will never defend the right to life for unborn children. To them, that would be … immoral.