The Life We Ignore - Part 3


In August of 2005, Hurricane Katrina made landfall on the Louisiana coast. It proved to be the most destructive hurricane in the history of the United States with damages exceeding $108 billion. One of the prime drivers of these damages was the flooding that resulted from the failed levee system, which was meant to protect the city, which is largely below sea level, from storm surges. As a result of sub-standard construction, the levees broke and eventually 80% of the city flooded. The original construction of the levees to lesser and cheaper standards led to what is widely considered the worst civil engineering disaster in U.S. history. Construction lessons aside, there is a similar lesson to be learned about how we also should conduct our individual lives to avoid disaster. While nobody supports sub-standard construction, likewise, living towards low standards is never the way anyone should live either, especially the Christian. 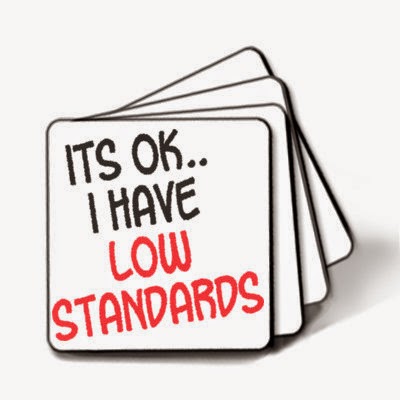 In the last two posts we studied that the "The God We Ignore" is the Holy Spirit and that the "The Self We Ignore" is our true self, our spirit. The enemy leads us to ignore these two in order that we might, as a result, ignore the spiritual life in which we were meant to thrive. By ignoring the Holy Spirit, we are duped into believing that God is something less/other than spirit. We are duped into believing that God is flesh like us instead of us being spirit like Him. Our true identity is spirit as well, while the enemy also dupes us into believing that our identity is flesh instead. When he has finally had his deceptive way, we are ultimately duped into a life that gratifies flesh, which is a spiritual dead end. Such a flesh-led life is a life of lower standards than a life dedicated to indulging God’s Spirit that dwells inside of ours. When a Christian lives life to the lowest excusable standard, they are ignoring and missing out on the life we were meant for. We opt out of God’s best for something that is far less. This choice is foolish.

We are to be followers of God, not followers of the worst among us. Where did God ever inspire living towards low standards? Where did Jesus ever exhibit living to a standard less than His Father’s best? Do you search scriptures for narrow commands and excuses? Or, do you seek to understand God’s preferences in all matters? By the way, God’s preferences are not always revealed by way of His commands. As Christians, shouldn’t God’s preferences be even more important to us than just His commands? It is entirely possible to do something that may not be a “sin” but is less than what God prefers. For example, God permits us to divorce in the case of infidelity. To do so would not be a “sin.” But, is that God’s preference? The answer is clearly “No.” The reason God never prefers divorce, even in the case of infidelity, is because He married us in spite of our near constant infidelity. And, He will never divorce us even though our infidelity persists. This is God's higher standard. Likewise, He prefers that we aspire to His standard on the matter, not stoop to the lowest excusable standard. But, how few Christians pursue the holiness of God? How few Christians truly search God’s word to understand God’s heart? Isn’t that the way we should approach God’s word, His very breath? Searching for and living towards low standards is yet another way in which we live for the flesh as opposed to the spirit. Low standards are aligned with flesh since they are motivated by flesh. Would God's Spirit ever motivate us towards lower standards?

Allow me to share some potentially delicate examples in the gray areas of life: tattoos, alcohol, premarital foreplay, inappropriate entertainment, etc. In all of these examples, it is easy to manipulate scripture towards a lifestyle of “freedom” to indulge. Yes, there is grace. However, by indulging in "freedoms," are we choosing to indulge our flesh or God’s Spirit? Are we listening to our flesh or God's Spirit? Would God’s Spirit ever lead us to do something flesh-driven or unwise? It is entirely possible that a certain act is not a sin, but happens to be unwise. Should we live to avoid a list of sins or should we live to pursue wisdom in everything? The former is suffocating religion while the latter is true spiritual communion with God. Should we ask ourselves if something is sin, or should we ask the better question to the Holy Spirit of whether something is wise? I addressed these questions in depth in a prior post [Is It Sin?]. In summary, God will never lead us to do something unwise. But, our flesh will, almost 100% of the time because our flesh is entirely corrupt and depraved.

In eternity, do you truly believe that we were meant to indulge in fleshly pursuits over spiritual perfection? If not, why would you ever allow yourself to be duped into believing that we should indulge in fleshly pursuits here and now? We should seek to bring the standards of God’s Kingdom to the far reaches of the Earth, not bring the standards of the far reaches of the Earth to God’s Kingdom. Proverbs 17:24 says, “The discerning sets his face toward wisdom, but the eyes of a fool are on the ends of the earth.”

2 Timothy 3:16-17 says, “All Scripture is breathed out by God and profitable for teaching, for reproof, for correction, and for training in righteousness, that the man of God may be complete, equipped for every good work.” Notice how this passage does not in any way imply that scripture is good for indulging our flesh or enabling unwise behavior. We Christians should not use the Bible as our enabler towards unwise and flesh-motivated living. That is an abuse of God’s word and a denial or quenching of His Holy Spirit that lives inside of us. 1 Thessalonians 5:19 is pretty clear when it says, “Do not quench the Spirit.” 100% of scripture is directed at living led by the Spirit (spiritually) which is opposed to flesh (carnal). When we do the opposite, it has the effect of quenching, or extinguishing the flame of God’s Spirit.

Too many Christians have bought the lie that God does not care about our little decisions. In fact, there is not one aspect of our lives of which God does not care perfectly about. If God cares about how every single lily is clothed, then God certainly cares whether or not His adopted image-bearers choose flesh over His wisdom even in the smallest of our decisions. Again, Galatians 5:16-17 says, “But I say, walk by the Spirit, and you will not gratify the desires of the flesh. For the desires of the flesh are against the Spirit, and the desires of the Spirit are against the flesh, for these are opposed to each other, to keep you from doing the things you want to do.”

Has there ever been an example where living to low standards resulted in something good? Would you want your doctor to have been one who learned and practices his trade towards the lowest of standards? How about your builder? Your teachers? Your mechanic? Your children? If low standards are not good enough for those who serve you, why would you fall for the lie that they are good enough for you? After all, our pursuit in following Jesus is to serve others. To that end Galatians 5:13 says, “For you were called to freedom, brothers. Only do not use your freedom as an opportunity for the flesh, but through love serve one another.”

Searching the Bible for low standards defeats the purpose of searching the Bible. The Bible was not meant for that, and, neither were you. Daniel 12:3 says, “And those who are wise shall shine like the brightness of the sky above; and those who turn many to righteousness, like the stars forever and ever.” Christian, for a change, try to study scripture in pursuit of God’s highest preferences and wisdom, which are found in His heart, not just His commands. Then live towards His preferences and His wisdom. Stop ignoring the fulfilling life that God intended for you by exchanging it for the lie with which His enemy intends to destroy you. Seek after God’s heart as a daily lifestyle. The promised result will be your radically thriving life.