The Last Day Of Your Faith

On March 16, 2014, the Republican Governor of Wisconsin, Scott Walker, was so inspired by his Bible reading that day that he simply tweeted, “Philippians 4:13.” As you can imagine in today’s Western culture of cult-like political correctness, this set off a firestorm. Of course, the usual suspects, the Freedom From Religion Foundation (FFRF) and others of similar overzealous ilk, were quick to demand the tweet be taken down. After all, the verse referenced reads, “I can do all things through Christ who strengthens me.” Thankfully, Walker did not succumb to the pressure and humbly refused to submit to these demands. Does Walker's tweet sound like a violation of the US Constitution to you? How narrow is the Constitution's protection of our religious freedoms, specifically, “the free exercise thereof?” And, what about Walker's individual freedom of speech? How does a state Governor personally tweeting the reference to a Bible verse "establish" a national religion? And, how should a Christian respond to attempts to suppress religious freedom?

The First Amendment to the Constitution is also the most important in the Bill of Rights. It, therefore, should be treated as the most broad and most sacred of all other Constitutional rights. And, the First Amendment unambiguously reads, “Congress shall make no law respecting an establishment of religion, or prohibiting the free exercise thereof; or abridging the freedom of speech.” Under all reasonable readings and interpretations it is beyond debate that Scott Walker has every right to freely tweet a Bible reference. Doing so does not violate any aspect of the Constitution. After all, the central authors of our Constitution also publicly cited the source of such freedoms in the Declaration of Independence as being "endowed by our Creator." The Declaration of Independence is far more substantial than a tweet. Since the authors of the Constitution publicly declared their individual faiths, it is safe to say that so can Walker. The backlash that Walker is facing on this is a form of persecution by those who wish to silence all religions in the public arena except their own (atheism). And, it is they who should be stopped while attempting to suppress the freedoms of others. Freedom of speech is broadly protected until that freedom infringes upon the freedom of others as the FFRF is hereby attempting to do.

Be that as it may, such persecution over the Bible is only going to increase and it is prophesied to mature into more prevalent martyrdom. Scott Walker is not a martyr. But, these anti-Christian sentiments are the small beginnings of the aggression to come that has already escalated into violence against approximately 170,000 Christians every year around the world who are brutally executed for their faith. And, that statistic does not include the millions that are inhumanely jailed. This sentiment begins with attempts to suppress religious freedom. Such anti-Christian sentiment has already been birthed in America and is reaching adolescence rapidly.

It is very difficult to hold fast to your faith in the face of threats, especially violent threats. But, that is what we are called to do. In Matthew 13, Jesus shared with His followers the famous “Parable of the Sower” which I like to call the “Parable of the Soils.” This parable describes four types of people (through an analogy of soils) who actually receive the Gospel with four different types of faith. All but one of these people ultimately fall away. One of those that falls away is the “rocky ground” of which Jesus was most descriptive. Regarding this type of “soil,” Matthew 13:5-6 says, “Other seeds fell on rocky ground, where they did not have much soil, and immediately they sprang up, since they had no depth of soil, but when the sun rose they were scorched. And since they had no root, they withered away.” Later Jesus explains this in verses 20-21, “As for what was sown on rocky ground, this is the one who hears the word and immediately receives it with joy, yet he has no root in himself, but endures for a while, and when tribulation or persecution arises on account of the word, immediately he falls away.”

What does it mean to be persecuted on account of the word? Well, that is pretty simple. If you stand behind the truth of God’s word in the Bible and face oppression as a result, you, like Walker, are experiencing persecution on account of the word. And, if in the face of such oppression, you decide to no longer stand behind or stand up for the Bible, you have “fallen away.” It is not anyone else’s job to judge you except God’s. But, you can take liberties in imagining how God might react to falling away on account of His word. If you no longer stand behind the Bible, isn't your faith most like the “rocky ground” type? If so, and you finish your last day in that frame of mind and resulting behavior, what do you think will be the eternal impact? Well, the parable gives you a hint by saying that what “sprang up” in the rocky ground “withered away.” That does not sound promising. 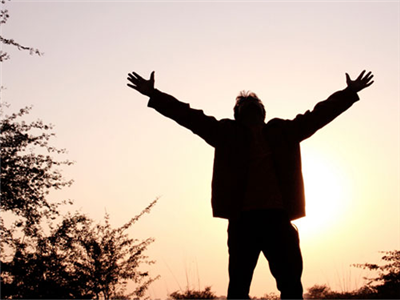 This is not to mean that you can lose your salvation because the Bible is clear that you can't. What it suggests, however, is that only the enduring type of faith is saving faith. What the parable showed us is that there are various types of faith, but only one that saves. For example, a faith that believes God is true but denies His word, is probably not effective towards salvation (James 2:19). After all, the Pharisees had this very same type of faith resulting in God's direct condemnation. Therefore, enduring Faith is effective and ceasing faith is dead, and was likely dead from the time of its seeding (James 2:14-26). Likewise, enduring Faith was likely enduring from the time of its seeding as well. The sovereign God never chooses ineffectively (Romans 8:29-30). The seed that fell on rocky ground and what sprang up as a result were both ineffective and ultimately withered away. Faith, like love, is proven true through endurance, and proven false by ceasing.