In the 1980s movie, “The Man with Two Brains,” Steve Martin plays a scientist whose wife recently died, and he is being seduced by a suspicious woman named Delores. On a rebound from his wife, he enjoys Delores’ entertainment, but feels he needs to ask his dead wife for a sign as to whether he should proceed with the new relationship. To do so, he engages in a conversation with his dead wife through her painting on the wall. To the painting he says, “If there is anything wrong with my feelings for Delores, just give me a sign.” Immediately, the room starts to shake, the lights flicker on and off, the painting of his wife starts to spin on the wall, all the while a haunting female voice warns from the dead, “No! No! No! No!” After she finishes her warning, Martin’s character ignorantly responds, “Just any kind of sign. I’ll keep on the lookout for it. Meanwhile, I’ll just put you in the closet.” Then he proceeds to take her painting off the wall and hide it in the closet. This is a hilarious example of ignoring obvious signs. Ironically, ignoring the obvious in favor of something more entertaining is fairly prevalent even among many in the Church today. 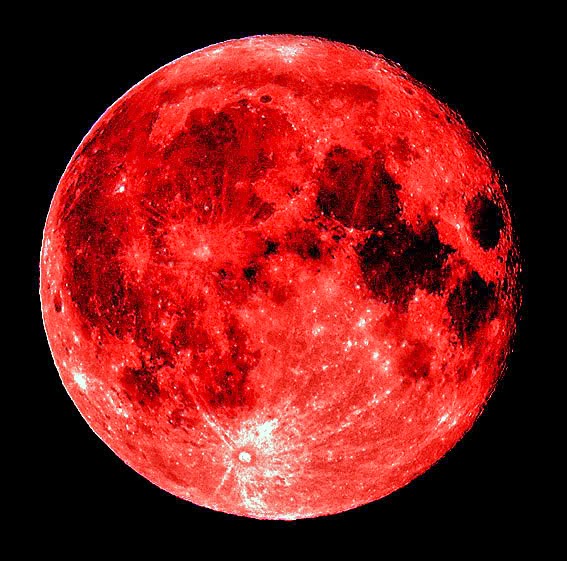 For example, earlier this month, we were apprised by modern day “prophets” of a “rare” celestial phenomenon referred to as “Blood Moons.” This actually happens regularly when the moon appears to turn red during a lunar eclipse by way of the earth coming directly between the moon and the sun. These eclipses were referred to as Blood Moons in reference to specific prophecy in Joel 2:30-31, “And I will show wonders in the heavens and on the earth, blood and fire and columns of smoke. The sun shall be turned to darkness, and the moon to blood, before the great and awesome day of the Lord comes.” And, several “prophets” emerged recently attempting to link these eclipses to end times and apocalyptic events. But, in fact there have been 62 such eclipses between the first century and the 21st century A.D. And, these eclipses will return as the earth and moon continue to move in their predictable cycles. Therefore, it is suspect to assert that these eclipses are specifically unusual, as the Biblical prophecy suggests the prophesied “Blood Moon” will actually be. For example, the Joel 2 Blood Moon will be accompanied by a blackened Sun. Could it be that the prophecy of Joel is actually speaking of something much more unusual, probably supernatural, and much less cyclical? Are we so anxiously lacking for a sensational sign that we grasp at anything to claim that it is? Are we distracted or entertained by this possible non-sign? Ironically, could this attention to common lunar events be distracting us from the central signs all around us that were personally  prophesied by Jesus Himself that are plain to interpret?

Why do we fall for potentially false prophecies by modern day end time prophets? It is probably because our culture is more interested in being entertained than engaged in disciplined study. We prefer to hear sensational claims without testing them against God’s word. We are comforted by seemingly encouraging modern prophecies regardless of whether they are likely false. We are willing to accept a false prophecy without skepticism. That is because the false prophecy is entertaining while the study to verify it is not. Ours is a culture, even in the Church, that is being conditioned into constantly being entertained as opposed to entertaining our Creator. We would rather be entertained over entertaining the One who is truly worthy of it. And, we spend so much time entertaining ourselves with fiction that we are not spending enough time studying reality. Entertainment is designed to entice us and lure us away from reality to the destination of escape. However, too much escape dulls our sensitivities to what is actually going on around us. Imbalance in this respect is dangerous.

For example, there are many other signs that Jesus personally pointed to that are quite obvious that don’t involve sensational moon colors. These signs are less exciting than blood moons which are a more “shiny object.” Don’t get me wrong. I am intrigued by a potential linkage to biblical prophecy. But, there are much more obvious signs that the end is near that Jesus pointed to more primarily. Therefore, our attention should already be on the end game rather than on the next sensational and entertaining claim that is likely false.

For example, in Matthew 24:4-13, Jesus shared with His disciples the signs of the coming end that they should pay primary attention to, “And Jesus answered them, ‘See that no one leads you astray. For many will come in my name, saying, ‘I am the Christ,’ and they will lead many astray. And you will hear of wars and rumors of wars. See that you are not alarmed, for this must take place, but the end is not yet. For nation will rise against nation, and kingdom against kingdom, and there will be famines and earthquakes in various places. All these are but the beginning of the birth pains. Then they will deliver you up to tribulation and put you to death, and you will be hated by all nations for my name's sake. And then many will fall away and betray one another and hate one another. And many false prophets will arise and lead many astray. And because lawlessness will be increased, the love of many will grow cold. But the one who endures to the end will be saved.’” Interestingly, these prophecies are coming true before our very eyes as you read this. And, they are enough to warn us of time running out before His final return. We don’t need Blood Moons to distract our attention from the obvious.

Further, Jesus also concluded the chapter in Matthew 24:36-39, “But concerning that day and hour no one knows, not even the angels of heaven, nor the Son, but the Father only. For as were the days of Noah, so will be the coming of the Son of Man. For as in those days before the flood they were eating and drinking, marrying and giving in marriage, until the day when Noah entered the ark, and they were unaware until the flood came and swept them all away, so will be the coming of the Son of Man.” Therefore, we will not receive a warning that discloses the “day and hour” as that will remain in the sole knowledge of our Father. In fact, the Bible likens His return to a "thief in the night."

Isn’t it ironic that Jesus warned us of false prophets in the end times and we would rather be distracted by false prophets because the content of their prophecies are more entertaining? All the signs are already there to welcome the return of our King. The central question is not what colored moons represent. Rather, are you ready for our King’s return? If He returned today, would He find you faithful? Would He catch you off guard? Would you be ready to entertain Him? Or would He find you entertained by the moon?