How To Criticize Someone's Bride

When I was younger and considering possible professions, my father encouraged me to consider being a lawyer. At the same time he also warned me of the downsides of such a decision. To this day he still refers to a license to practice law as a “license to steal.” Of course, he is painting with too broad of a brush. But, what he was referring to specifically is the rule of conduct between attorneys referred to as “professional courtesy.” This rule applies to many professions and primarily relates to how to treat others in the profession respectfully, morally, and generally giving them the benefit of the doubt. In the legal profession, this has evolved into something much more robust. To illustrate, have you ever heard of a single instance where an attorney directly sued another attorney? The reason you probably haven’t is because of professional courtesy. Therefore, as my father put it, attorneys have a license to steal, because they will never be held accountable by another attorney. Even though many lawyers take this too far, to some degree such courtesy is noble treatment of one’s peers. Ironically today, in contrast we are witnessing a growing degree of less noble behavior from those within the “church.”

In the book of Numbers, chapters 22-24, we first learn of the story of Balaam. This story is made famous by its talking donkey. But, there is a deeper lesson in the story that is far more differentiating from the movie, “Shrek.” The story of Balaam is a lesson directly from God to those who would criticize His people. As the story goes, Balak, the king of Moab, was in great fear of the Israelites after they destroyed the Amalekites. During this time, Balaam, a non-Israelite diviner, was famous for his ability to call down curses on others. So, Balak summoned Balaam to call down curses upon the Israelites. However, God confronted Balaam several times warning him not to do so. Ultimately, after several iterations, Balaam refused to curse the Israelites and instead repeatedly spoke blessings over them in obedience to God. It was on one of those iterations where he was traveling on his donkey to consider Balak's proposal where his donkey fell beneath him and refused to move forward due to a menacing Angel of the Lord that stood before them with drawn sword unbeknownst to Balaam. After Balaam beat the donkey, the donkey spoke to him to let him know that he was actually saving Balaam's life.

Most often, this story is told as an example of how supernaturally God can speak to us even through animals. But this misses the central point and lesson of the story. The point of the story is that God takes His people seriously, even to the point of fury. And, He does not take kindly to attempts at cursing His people. God even went as far as speaking directly and audibly with this non-Israelite diviner, followed by speaking to him through a donkey. And to top it off, he sent the Angel of the Lord to inform Balaam that he intended to kill Balaam. The only way that Balaam could spare himself from God's wrath was to actually bless God’s people in spite of the rage this would inspire in King Balak. I think we need to take the point of this story much more seriously than simply pawning it off as a fun Sunday School lesson for children about talking donkeys. Oh that we today, God’s people, would heed the lesson of Balaam! 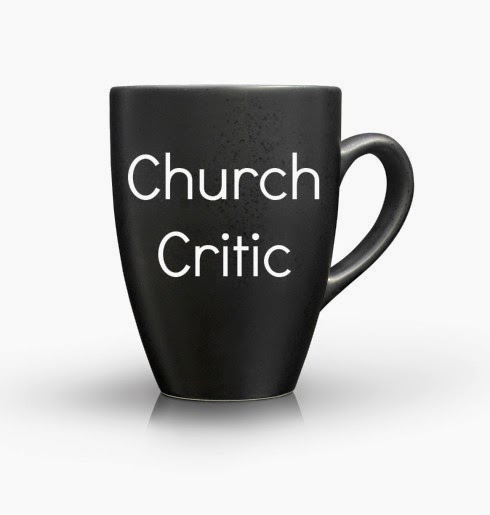 Instead today there is a growing trend by use of social media of people who call themselves “Christian” who proceed to author, post, share, and “like” outright and ugly criticisms of God’s Bride, the Church. While such criticisms may not rise to the level of a “curse” by an Old Testament diviner, I don’t think they are enough unlike a curse to make the Bride’s Groom (God) comfortable with what is being said about His Bride.

Members of God’s church should not be criticizing God’s Bride or its members in public forums like social media. In the story of Balaam, the Angel of the Lord referred to Balaam’s journey (not the potential outcome of the journey; just the consideration of the journey) as “perverse” (Numbers 22:32). The message from God to anyone is that it is perverse to consider criticizing His Bride. And, it is delusionally perverse for those who consider themselves to be part of that Bride to willingly do so or endorse such practice.

The Bible has a lot to say about those who cause division in the church. Jude 1:17-23 says, “But you must remember, beloved, the predictions of the apostles of our Lord Jesus Christ. They said to you, ‘In the last time there will be scoffers, following their own ungodly passions.’ It is these who cause divisions, worldly people, devoid of the Spirit. But you, beloved, building yourselves up in your most holy faith and praying in the Holy Spirit, keep yourselves in the love of God, waiting for the mercy of our Lord Jesus Christ that leads to eternal life. And have mercy on those who doubt; save others by snatching them out of the fire; to others show mercy with fear, hating even the garment stained by the flesh.” And this is consistent with Romans 16:17, 1 Corinthians 1:10, and Titus 3:9-11. The Church is not only God’s bride, it is also God’s family. Would you support your earthly family members publicly criticizing you on Facebook as unattractive or lazy? Of course not. Then neither does God support you when you do the same with His family.

Jesus gave us clear instructions on how to privately address errant members of the family in Matthew 18. Addressing others in the church is a private, family activity not a public affair. Addressing those in the church in a public manner is a public defiance of the process that Jesus (God) commanded. Further, such energy is better spent towards being a part of the solution. Public criticism is not the solution. It is, however, part of the problem. If you think there is some social ill that the church can better address, try being the church and channel energy to addressing it yourself instead of insulting our God by publicly insulting His chosen Bride.

Criticizing God’s bride is spiritual insanity. If someone were to criticize my bride as unattractive or lazy, those would be fighting words. Imagine how God feels when you publicly criticize His bride and call her unattractive or lazy. Don't forget the great price that God paid for His Bride. Further, when you make such criticisms you are disagreeing with God Himself. It is He and He alone who determines what is and is not beautiful. He never delegated those determinations to you. And, He has already declared His bride radiantly beautiful. On this, my advice to my brothers and sisters in Christ is to refrain from even private disagreement with God, much less public disagreement.

Lastly, I would offer an alternative position that turns church criticism on its head. While the church may be comprised of imperfect members, there is no group of like-minded people on the planet that has done more to rescue the homeless, feed the poor, fight for the innocent, and rescue souls from destruction than God’s Bride, the Church. That is the irrefutable truth. So, before you hop on your high horse to speak down to God’s Bride, you better survey your own standing and be sure that you deserve such a lofty position. My guess is that you don’t. My guess is that you will never accomplish what God’s Bride has accomplished. So, my suggestion to you is to stop being a public divider. Stop criticizing God’s bride on any matter in any public way. Stop dividing the family. Stop causing division. Instead, join the Bride in her glorious work. Make God’s Bride even more beautiful through personally building up God's Kingdom. Look at God’s Bride holistically and honestly. Then, publicly proclaim her beauty and all that she has done to make this world a better place. See God’s Bride the way God sees her. And, ultimately be God’s beautiful Bride.

While we all are quick to judge lawyers for being rats and swindlers, at least they treat each other nobly. Should not the treatment of Christians by Christians exceed that of attorneys? So, the answer to the call of the title of this post, “How To Criticize Someone’s Bride” is quite simple. The answer is never.