The Spirit of the Antichrist Today


Senator Joe McCarthy made himself famous in the 1950s by his investigations into alleged communist subversion into American society. Ultimately, his methods and inability to prove his claims resulted in him being censured by the United States Senate. Also as a result, the term “McCarthyism” was pejoratively coined in reference to his offensive tactics. Today, the term has been broadened to include demagoguery, reckless accusation, and public attacks on the alleged unpatriotic character of political opponents. The vast majority of Americans today agree that McCarthyism should have no place in American politics. But, that is where the lip service ends while actions tend to scream in the opposite, selective direction. The new McCarthyism is directed at Christians and right-leaning thinkers. And it is gaining dangerous steam.

Take for example the most recent controversial Arizona law that Governor Jan Brewer vetoed. The bill was quickly and permanently labeled “The Arizona Anti-Gay Law.” And from there, the political games began. While I don’t support the law for reasons other than the controversy, it was certainly not an “anti-gay” law. It was a pro-religious freedom law. The actual content of the law was ignored by the media outlets and all opponents. In fact, ask yourself if you ever heard the actual content of the law cited publicly by anyone. Sadly, it is only a couple sentences.

The Arizona law, SB 1062, sought to amend Section 41-1493 of the Arizona Revised Statutes. The statute prior to amendment prevents, “any law, including state and local laws, ordinances, rules, regulations and policies" from "substantially burden[ing]" a person's exercise of religion. A “person” in the article was defined as “a religious assembly or institution.” SB 1062 did not change the law except to expand the definition of “person” to include "any individual, association, partnership, corporation, church, estate, trust, foundation or other legal entity." That’s it. Where is this law anti-gay? The words we commonly associate with homosexuality are nowhere in the statute or its proposed amendment. Does anyone truly want to argue that individuals should be “substantially burdened in exercising their religious freedom?” If so, then you damn the Constitution itself. 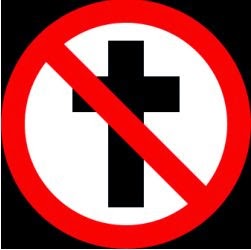 Where this was contrived into a convenient rub was in the selective hypothetical case where a Christian provides services related to wedding ceremonies and is asked to do so for a gay couple. Of course a Christian owned business has every Constitutional right to refuse such a service. And, the gay couple has every right to not like it and select another vendor from the list of many who would be happy for the business. The freedom of religious expression is foundational to our Constitutional Republic. Opening a business does not mean that you forfeit your religious freedoms and rights. The right to refuse one’s own services for reasons of conscience should always be privileged over the state’s right to enforce compliance. Remember the “Soup Nazi” from “Seinfeld” who famously told Seinfeld, “No soup for you?” It was not illegal for him either. Disregarding logic, the opposing political correctness ultimately prevailed and Governor Brewer vetoed the bill on February 26, 2014. Chalk another victory up to selective moral outrage.

Allow me to show exactly how this moral outrage was selective. What received very little attention was an ironic event just 4 days prior to the veto. On February 22, Susana Martinez, the Republican, Hispanic, female, Roman Catholic Governor of New Mexico, was refused service by her gay hair stylist because the Governor opposes same-sex marriage. But, did you hear the cries of discrimination and human rights violations spewing from the media over this travesty? Of course not. Is this okay only unless a Christian does it? Does that type of conclusion sound Constitutional to anyone? By the way, I support the gay stylist’s freedom as well. The stylist has every right to deny service as well. And, so does the Christian, especially on religious grounds. But, the Christian’s religious freedom is at odds with today’s increasingly anti-Christian culture.

What is happening in the West today is the prophesied rising of the Spirit of the Antichrist. This was prophesied in 1 John 4:1-6 which says, “Beloved, do not believe every spirit, but test the spirits to see whether they are from God, for many false prophets have gone out into the world. By this you know the Spirit of God: every spirit that confesses that Jesus Christ has come in the flesh is from God, and every spirit that does not confess Jesus is not from God. This is the spirit of the antichrist, which you heard was coming and now is in the world already. Little children, you are from God and have overcome them, for he who is in you is greater than he who is in the world. They are from the world; therefore they speak from the world, and the world listens to them. We are from God. Whoever knows God listens to us; whoever is not from God does not listen to us. By this we know the Spirit of truth and the spirit of error.” This is the only reference to the “spirit” of the antichrist in the Bible. The spirit of the antichrist precedes the Antichrist just like John the Baptist prepared the way for the true Christ. And, it is important to note that the prefix for “anti” in the Greek is “ante” which means either against or instead of. The spirit of the antichrist seeks to oppose and replace the true Christ at every turn.

Franklin Graham recently said, "The spirit of anti-Christ is everywhere … We're being secularized so quickly. Anything that has to do with Christian faith is slowly being taking out of society." In the culture that Christians find ourselves today, the actions induced by anti-Christian motivations are clear and growing rapidly (today’s McCarthyism). As the 1 John passage exhorts, we must test every spirit behind every motivation, (including our own) against this test that God’s word provides.  And, we must be prepared to turn the other cheek and repay evil with good

In closing, the motivation behind this blog and this post in particular is simply this: Jesus is the Only Messiah! John 14:6 and Acts 4:12 are perfectly clear in this regard. Is this the declaration that motivates you today?
Posted by Tim Albury at 9:01 AM
Email ThisBlogThis!Share to TwitterShare to FacebookShare to Pinterest
Newer Post Older Post Home