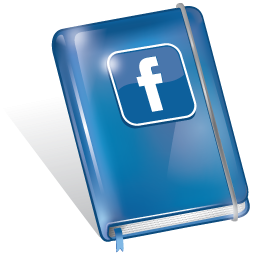 In February, the Associated Press reported that on the 10th anniversary of the launching of Facebook, more Americans check Facebook daily than read the Bible. Facebook now reports having 757 million daily active users (more users worldwide than most continents have people). Of those, 19% are in the U.S. and Canada. Compare that to a 2006 CBS News Poll that found 15% of U.S. adults read the Bible or other religious texts daily. That means that approximately 40 million people in the U.S. were reading scripture daily while today approximately 143 million people are checking Facebook daily. This explains much.

In many respects it is a little unfair to compare Facebook checking with Bible reading. I’m sure the statistics would be similarly contrasted when comparing reading the daily newspaper with the Bible. All of us have daily rituals around communication that are part of our every day. But, this development does suggest some deeper trends on both a national level and among Christians. On a national level, what this disparity suggests is that we are moving our eyes and ears away from God. The Bible used to be the most regularly read thing in our country. It has been unseated by social media. How many of us are seeking guidance from sources other than God?

Facebook use surpassing Bible use among Christians says many things. But, allow me to point out what this statistic says most loudly. For the Christian, this statistic says that relationships that we can more easily see and feel are becoming more rewarding than those we believe we can’t. For many Christians, Facebook is the extent of many relationships. And, these are relationships that we can see and interact with. This is why it is called “social media.” However, tripping through the Bible trying to see how God may be speaking to us does not seem quite as tangible. And, often times, it may not seem as compellingly beneficial. But this is entirely deceiving.

The first deception is that what we read on Facebook is in fact not real. As most of us know, what we see on Facebook is what others want us to see. Therefore, it is entirely opposite from what we might see through a lens that is more candid and/or hidden. Scanning through other people’s photos and posts makes it seem like everyone else has their lives all together. Nothing could be further from the truth. In fact, to compare is to unnecessarily despair. And, how many times have you seen someone posting an article or a quote on Facebook that you know is just not true. However, because someone you are “friends” with said it, it gets “liked” and reposted as if it were true. And, how many of us actually go the extra step of verifying that what was said is true?

At least for non-Christians, this is pretty understandable. What is hard to defend is the trend among Christians. Should there be anything in the Christian life that is more regular than reading and meditating on God’s word? Should social media truly rival the Bible in this regard? Does reading the Bible ever leave you depressed? How about social media? In 1 Corinthians 6:12, Paul leads us in this charge, “but I will not be dominated by anything.” When social media intake surpasses the Bible, we are allowing ourselves to be mastered by media that constantly lets us down. The truth is that Christians need to spend less time comparing themselves to others and more time meditating on the words of the one who daily breathes life into our souls. Reading and meditating on God’s word never lets us down. It always builds up and it always improves the believer. It is life in the form of ink on paper. Hebrews 4:12 says, "For the word of God is living and active, sharper than any two-edged sword, piercing to the division of soul and of spirit, of joints and of marrow, and discerning the thoughts and intentions of the heart." And, time spent without it is spiritually suffocating.

The Bible is God’s Facebook, Jesus is His Instagram, and verses are His tweets. In that vein, we often characterize people’s social media habits as “stalking others” as on their Facebook walls. Using that analogy, Christians should be constantly guilty of stalking God. Inversely, have you ever considered how God “stalks” us? The Christian faith is unique from all others. In other religions man seeks God, yet in the Christian faith God seeks man. But, in doing so, as God "stalks" us, have you ever pondered what He forces Himself to observe? God has the front row seat to every sin and every vile act committed by every person every single moment of every single day throughout the entire world 24 X 7 X 365 without rest. And, yet, He still loves us and pursues us. Can you imagine observing what God has to observe as He reads all of our lives like Facebook walls? If it were me, I could not survive such observation. And yet He pours out His love in an ever-breathing, ever-living love letter to us that we can read anew every single day. That is Love.

Join me in committing daily to stalk our God. Does anyone deserve it more?