Our Government Can Seize Churches 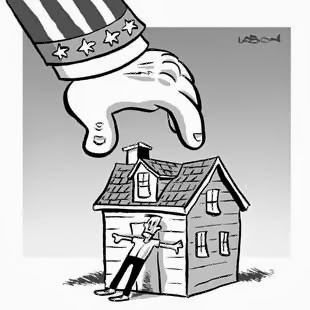 In a famous 2005 Supreme Court decision, Justices ruled 5-4 in favor of the City of New London, Connecticut against Susette Kelo. In this case, the City seized Kelo’s private property under a broad definition of “eminent domain.” Eminent domain is the concept that allows governments (for just compensation) to take private property when doing so serves a “public purpose.” However, in the New London case, they did not seize Kelo’s property to build a needed road or a bridge, as “public purpose” has always been narrowly defined. Rather, they seized her property to give it to another private party, the drug giant Pfizer. The City argued that giving the property to Pfizer allowed them to increase property tax revenue. Ultimately, the Supreme Court violated the Constitution and over 200 years of precedent regarding the protection of property rights, and ruled in favor of government tyranny. Ironically, just a few years later Pfizer sold the plant and shut down operations on the property.

Unfortunately, that is not where the slippery slope ends. With the precedent set in the Kelo case, earlier this month, a Florida Circuit Court upheld the City of Orlando’s decision to seize private property to build a professional soccer stadium that will be owned by the private owners of a professional soccer team. However, this time, the property includes a church. In 2005 we saw Constitutional property rights violated without representation of the people. And only a few years later, we see the infringement of the freedom of religious expression, also sacred in the Constitution for over 200 years. Sadly, we no longer live in a country governed by the people and for the people. And, if history is a good teacher, it probably won’t be long before what I am writing and what you are reading will be banned as illegal propaganda in defiance against the State.

And, yet God still reigns. The church in Florida will survive. They will find somewhere else to meet and they will grow stronger. In fact, history has taught us that in times of persecution, God’s bride flourishes. As the persecution in America rises at a stunning pace, remember that we are called to serve God even when persecuted. We must not “lose our religion” in defending it. God will have His way with America if at least to make it an example of the prodigal that must fall to its knees before Christ returns. And, this prodigal’s bowing will likely play a key role in the collapse of man’s haughty pride and arrogant reliance in his systems of corrupt government. In Daniel 2:20-21 Daniel said, “Blessed be the name of God forever and ever, to whom belong wisdom and might. He changes times and seasons; he removes kings and sets up kings; he gives wisdom to the wise and knowledge to those who have understanding.” And, Proverbs 21:1 says, “The king's heart is a stream of water in the hand of the Lord; he turns it wherever he will.” Thank God that He is still in control.

I am reminded of a famous story recorded in three of the Gospels. Jesus was approached by ill-meaning Pharisees with a question of whether or not they should pay taxes to Caesar. At the time, Israel was also under an oppressive tyrannical government (Rome). In response to their hypocritical trap, Jesus asked them to display the coin for the tax (denarius). Referring to the coin, Jesus asked them “Whose likeness and inscription is this?” Upon their declaration that it was Caesar’s, Jesus said to them, “Therefore render to Caesar the things that are Caesar's, and to God the things that are God's.” Aside from Jesus humiliating them, He shared for our benefit a profound analogy. The next time you look at your image in the mirror, ask yourself, “Whose likeness and inscription is this?” If you answer, “God’s,” you will answer correctly. Therefore, render unto governments what is theirs and render unto God what is His. You are God's eminent domain paid with just compensation of the blood Jesus brutally shed on a cross.

Are you willing to stand up for what you believe even if it costs you everything? When you surrendered to Jesus as Lord, you were in essence confessing that Jesus owns everything anyway, including you. Therefore, you have nothing to sacrifice, except your continual will to Him (Hebrews 10:5-9). We must be willing to love others and proclaim His gospel no matter the cost. And, when the government and others persecute us for it, we must forgive them and die at their hands as the only means of our ceasing to honor our King and His gospel. That is what we have been called to do because that is what Jesus did for us. That is what it ultimately means in America to call Jesus Lord, God and Savior. Today and every day until He returns, we should meditate on the words of Jesus, “render unto God’s what is God’s” and follow this meditation with the obedience God is due. This is our response to a spiritually oppressive government.

I pledge allegiance to God at the expense of everything else.
Posted by Tim Albury at 7:44 AM
Email ThisBlogThis!Share to TwitterShare to FacebookShare to Pinterest
Newer Post Older Post Home