Are We In The Matrix?


In 1999 Warner Brothers released the blockbuster movie, “The Matrix.” The movie is set in a dystopian future in which reality as perceived by most humans is actually a computer simulation referred to as the Matrix. This simulation was created by machines who took control of the planet. The simulation is used by the machines to subdue the human population, while their bodies’ heat and electrical activity are used as an energy source for the machines. One of the subtle reasons why the movie plot worked is that so many people subconsciously observe design in our universe. It is not difficult to assume intelligence is somehow behind it.

Design in the order of our universe is obvious. And with every passing day and every passing discovery, it becomes even more obvious. I have no doubt that the University of Bonn will find the same whether or not they wish to admit it. This conclusion of design is even apparently plausible to evolutionists. As evidence for that, this team of evolutionists is now testing to determine if the universe is a computer simulation. Doesn’t that mean that they their hypothesis is that the universe is designed? However, to avoid any appearance of supporting design, their theory basically goes that any alien civilization from a separate universe which could evolve to a ‘post-human’ stage would almost certainly learn to run simulations on the scale of our universe. They realize design is obvious, but they can’t break away from their faulty assumptions, even when their own conclusions refute their assumptions. Their hypothesis about design is based upon an evolutionary assumptions. How ironic is that? But, even if their assumptions were true, they still beg the question, who designed the alien universe that is at work designing ours? 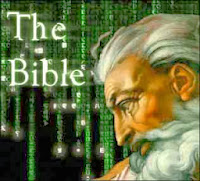 What this episode in circular reasoning displays is the truth that a logical argument based upon a faulty presupposition is still false. Only logical arguments based upon sound presuppositions are true. We see this all the time in numerous examples. The arguments for random, self-generated evolution sound logical until you examine the fact that the arguments at their foundation are not only not logical, but they are unsupported by scientific laws and facts. Life and order can’t just happen on their own from nothing. Something had to cause them to be. And that something must transcend the life and order that it caused. Where we agree with our evolutionist friends is that the cause is in fact an alien life form. God is the guilty alien. In fact, which sounds more foolish and unsupported; that our universe was designed by a non-designed alien life force in a non-designed universe neither of which we can prove; or that the universe was designed by God (which we also can’t prove)? We realize God can’t be 100% proven. But, it is much more foolish to assume an unproven alien life form that is void of need of being designed itself. That is foolish because it defies the scientific laws of causality, among many others. Assuming an alien life form not only needs proof to be science, but it still does not answer the question of ultimate cause.

But, how should design influence the way that we live? I ask this because I have observed far too many Christians claiming to believe that the universe is designed by God yet live as if it is not. As stated in earlier posts, how we live is the true revelation of how we believe. Do you live life with the presupposition that much is random? Do you live life with the faulty presupposition that there are such things as mere coincidences? Do you believe in luck to any degree? All of these positions falsely presuppose that God is to some extent not sovereign and not in control.

Romans 1:19-23 says, “For what can be known about God is plain to them, because God has shown it to them. For His invisible attributes, namely, His eternal power and divine nature, have been clearly perceived, ever since the creation of the world, in the things that have been made. So they are without excuse. For although they knew God, they did not honor him as God or give thanks to him, but they became futile in their thinking, and their foolish hearts were darkened. Claiming to be wise, they became fools, and exchanged the glory of the immortal God for images resembling mortal man and birds and animals and creeping things.”

Regarding luck, Proverbs 16:33 says, “The lot is cast into the lap, but its every decision is from the Lord.” A “lot” is much like our modern dice.

Regarding the sovereignty and control of God, Ephesians 1:11 says, “In him we have obtained an inheritance, having been predestined according to the purpose of him who works all things according to the counsel of his will.”

To my brothers and sisters in Christ, I applaud you in seeing the fallacies in evolutionary thinking. However, to the extent that you live affirming a belief in luck and chance, is an admission of a belief in a god that is much smaller than the God of the Bible. In other words, your god is an idol of your own making. And, if you think it is foolish to honor aliens, then isn’t it more foolish to worship an idol that exists only in your mind and not derived from the pages of God’s word? It is high time that we all step up our worship of the One who designed everything. He not only designed the universe. He also designed your destiny. And, that is because He designed you. With your lifestyle, give your Designer the praise He is due.
Posted by Tim Albury at 7:47 AM
Email ThisBlogThis!Share to TwitterShare to FacebookShare to Pinterest
Newer Post Older Post Home