The Greatest Question Ever Asked

In 2003, Dan Brown’s famous novel, “The Da Vinci Code,” was published. And, in 2004, it was the second highest selling book in publication for that year. This fictional novel was primarily centered on a loose-knit conspiracy theory that Jesus was not who the Bible said He was. A storm of controversy ensued over the true identity of the most famous person that ever lived. Many churches were outraged over the discussions and questions regarding Jesus’ identity. But, to certain Christians, these discussions and questions were a collective gift. 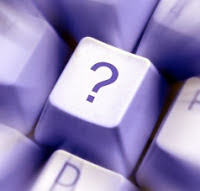 Matthew 16:13-19 records, “Now when Jesus came into the district of Caesarea Philippi, he asked his disciples, ‘Who do people say that the Son of Man is?’ And they said, ‘Some say John the Baptist, others say Elijah, and others Jeremiah or one of the prophets.’ He said to them, ‘But who do you say that I am?’ Simon Peter replied, ‘You are the Christ, the Son of the living God.’ And Jesus answered him, ‘Blessed are you, Simon Bar-Jonah! For flesh and blood has not revealed this to you, but my Father who is in heaven. And I tell you, you are Peter, and on this rock I will build my church, and the gates of hell shall not prevail against it. I will give you the keys of the kingdom of heaven, and whatever you bind on earth shall be bound in heaven, and whatever you loose on earth shall be loosed in heaven.’”

I taught this lesson many years ago before a group comprised of a couple hundred high school youth. At the beginning of the lesson, I placed an easel with a blank sheet of paper at the front of the room. I took a marker and surveyed the audience by asking the group a similar yet different question, “How do you describe Jesus in conversations with other people?” The answers remarkably included “savior,” “son of God,” “prophet,” “great teacher,” etc. This was remarkable because something very significant was missing from all of their answers? They never referred to Jesus as “God” or “The Christ.” Why is it that so many Christians are afraid and/or hesitant to refer to Jesus as God? Is this a problem?

Jesus was not hesitant to refer to Himself as God. When pressed by certain Jews regarding His identity, in John 8:58, Jesus is recorded as answering them, "'Truly, truly, I say to you, before Abraham was, I AM.'" The name “I AM” is reserved for God. It is the name of God given to Moses so he could tell Pharaoh who sent him. Therefore, Jesus declared Himself to be God in John 8:58, as well as other well-known passages. For this, the Jews immediately attempted to stone Him. They failed in their attempt, but they would later succeed at the cross. Jesus was prepared to call out His identity for what it was and is, and pay for that with His life. The question is, are you? When pressed to declare the identity of Jesus, are your answers flimsy, indirect or hesitant? Or are you more like Peter?

To further illustrate the importance of answering this question correctly, Romans 10:8-13 says, “The word is near you, in your mouth and in your heart (that is, the word of faith that we proclaim); because, if you confess with your mouth that Jesus is Lord and believe in your heart that God raised him from the dead, you will be saved. For with the heart one believes and is justified, and with the mouth one confesses and is saved. For the Scripture says, ‘Everyone who believes in him will not be put to shame.’ For there is no distinction between Jew and Greek; for the same Lord is Lord of all, bestowing his riches on all who call on him. For ‘everyone who calls on the name of the Lord will be saved.’” We must confess (say) that Jesus is God. This confession is a calling card of anyone who truly knows who Jesus is.

I referred earlier to the publishing of “The Da Vinci Code” as a gift to certain Christians. I say that because I was one of those Christians who used it for God’s benefit. There was no other time in my life when more people were openly discussing who Jesus truly was. It was a perfect invitation to enter numerous conversations with the truth that Jesus is God.

Are you waiting for an invitation? By reading this post consider yourself invited. I invite you to tell others who Jesus is and how much they are loved by the God who died to give them life abundantly and eternally.
Posted by Tim Albury at 7:45 AM
Email ThisBlogThis!Share to TwitterShare to FacebookShare to Pinterest
Newer Post Older Post Home