In May 2013, Sweet Cakes by Melissa, a bakery owned/operated by the Klein family and located in Gresham, Oregon, was forced to close its business. This was the end result of a series of unfortunate events that all started when the bakery refused to bake a wedding cake for a lesbian couple due to the Kleins’ Christian convictions. What ensued was a truly stunning travesty in American culture. The lesbian couple filed a complaint with the state of Oregon and the story went viral. It was covered by numerous media outlets. Then, a concerted boycott was orchestrated whereby other wedding vendors were threatened if they dared to do business with Sweet Cakes. Since weddings are what carried their business financially, the bakery had to close its doors. But that is not where the story ends. The owners moved the business to their home to try to continue to feed their family of five children. However, the aggressive boycott campaign insidiously followed them all the way to their family residence. 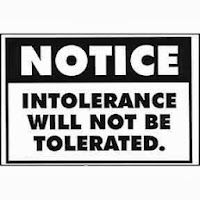 Is this what tolerance looks like? Does anyone truly believe good-willed Christians deserve to be treated this way? I thought we were supposed to "live and let live." How hard would it have been for this particular couple to just buy a cake somewhere else? Does the "punishment" fit the "crime" here? Is the Klein family not entitled to their Constitutionally protected religious views and convictions? Are they not entitled to run their business how they choose as long as it is within reason? What if the inverse were true? What if Christians aggressively boycotted gay-owned businesses just because they were gay and/or expressed their views about homosexuality? What if a gay-owned bakery was famous for baking cakes for gay ceremonies? Would a concerted boycott by those who disagree be viewed as tolerant? If not, then how is the assault on the Kleins any different? Proverbs 20:10 says, "Unequal weights and unequal measures are both alike an abomination to the Lord." In other words, God hates double standards. Shouldn't we all? In fact, tolerance and double standards can't rationally coexist in the same sentence.

The truth is that it is the activist gay community that is largely intolerant today. Sure, churches preach from pulpits what God told us in His Word. There are only a handful of churches that are extremely obnoxious, but they don’t represent the majority. The vast majority of Christians are reasonable and don’t actively boycott and harass homosexuals. Sadly, the same can’t be said of a majority of activist homosexuals and their advocates. If we are all to follow a certain playbook on tolerance in public actions, shouldn’t we all do so? Are groups tolerant if they boycott Christians, but Christians are intolerant if they do the same?

In America, business owners have every right to deny business to any patron for religious reasons as long as it is reasonable. No business, especially a sole proprietorship, can be required to serve patrons who ask them to violate their religious beliefs. That is discrimination on the part of religious people, but that is not unhealthy or illegal discrimination. And, before you are tempted to criticize the word “discrimination,” remember that homosexuals were certainly discriminating against the Kleins and in a far more damaging fashion than being denied a cake. It is not a crime to discriminate especially for religious reasons. That is what the Constitution specifically protects. It is also not a crime for groups to launch a sophisticated boycott. However, it is hypocritical for groups to boycott in the name of tolerance. In fact, as pro-homosexual communities continue their rampant assaults upon Christians and the Church, they prove the very point that they claim to oppose.

If you want true guidelines on tolerance in the Klein situation, here it is: if a business that is owned and run by religious people reasonably abstains from serving a patron because that patron is asking them to violate their religious beliefs, that patron should simply (and easily) find another vendor. That’s it. That is what it means to "live and let live." Otherwise, to condone the discrimination and persecution against Christians is equivalent to discrimination and persecution against homosexuals. Imagine a country where Christians are not allowed to be devout to their beliefs as they run their businesses for fear of persecution, reprisal, boycott and bankruptcy.

Sadly, this is far from an isolated case. Today, the Obama administration is actively suing Hobby Lobby, another Christian owned and operated company, because they refuse to pay for contraception under Obamacare in violation of their Constitutional rights. What's worse in that case is that Obama is out of one side of his mouth handing out Obamacare exemptions to himself, labor unions and his cronies. Then out of the other side of his mouth he is denying an exemption to Hobby Lobby and suing them for their religious beliefs. Is there any more clear example of a double standard? Aren't all of these examples the very things that pro-homosexual groups should be against? While we are on the subject, the only difference between the rights of Christians and the rights of homosexuals is that the rights of the Christians are explicitly spelled out in the Constitution (and are being violated) and the rights that activist homosexuals are militantly advocating are not.

All of that said, the Klein story has a silver lining. In spite of what has happened to them, the Kleins have graciously shown no ill will towards their harassers. They are at peace with what has happened. And, the ordeal has increased their faith. They took a stand . . . a righteous stand. And, they paid dearly for it. Every Christian should be prepared to graciously follow their powerful example and do the same.

Sadly, this is where America is headed. Our destination is intolerance of religion, unless that religion glorifies homosexuality, abortion and hedonism. Our destination, therefore, is a new "tolerance" characterized by a double standard that tolerates wrong and is intolerant of right. How’s that for sadly and dangerously ironic?
Posted by Tim Albury at 7:56 AM
Email ThisBlogThis!Share to TwitterShare to FacebookShare to Pinterest
Newer Post Older Post Home