Identity theft has become a prevalent crime problem in the US over the past few decades. According to the US Bureau of Justice statistics, in 2010, 7% of US households experienced identity theft. In 2003 the estimated cost of damages to businesses and consumers was approximately $52.6 billion. Identity theft is a form of using the name or identity of another person in order to access resources to the benefit of the perpetrator.  This problem is probably not going away any time soon because identity theft, like most crime problems, is a moral problem first. For that reason it is nothing new.

While the term “identity theft” was first coined in 1964, the practice dates back even to the time of Jacob. In Genesis 27 we see one of the earliest references to identity theft. This chapter records how Jacob disguised himself and used the name and identity of his brother, Esau, in order to access Esau’s blessing from their blind father, Isaac. This was probably not the first time this type of thing happened inside God’s family and it won’t be the last. In fact, in churches today, there is a rampant practice of the worst kind of identity theft, which is the theft of God’s identity. 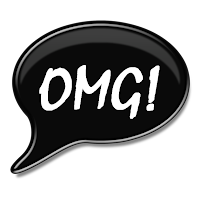 God foresaw this and addressed it in the third of His 10 Commandments as recorded in Exodus 20:7, “You shall not take the name of the Lord your God in vain, for the Lord will not hold him guiltless who takes his name in vain.” The Hebrew word for “vain” is “shav,” which means emptiness, falsehood, and worthlessness. It is the root from which we get the word, vanity. Most people in the church seem to narrowly define taking God’s name in vain as strictly referring to saying, “Oh my God” or abusing His name as foul language. However, ancient Hebrew custom would show us that this command is meant to address so much more than that.

In ancient Israel, the Jews took this command so seriously, that they refused to write God’s name, Yahweh, without removing the vowels as “YHWH.” And, when a false prophet claimed to speak in the name of God, but was found to be false, he was stoned to death. These are the types of examples that shed light on what God was referring to in His command. Especially the latter example is one of using God’s name for personal vanity. Yes, it is not advisable to use God’s name flippantly or for cursing. But, the worst way to use God’s name in vain is to broadcast to others that you represent God and then distort God’s own words to mean something that He clearly never said or meant to say. This is even more grotesque when a church or an individual stands to gain from the practice. This is using God’s name in and for vanity.

Over the past several years, I have been shocked and dismayed by the number of “churches” and “Christians” who claim they represent God while defending the things that God most hates. Out of one side of a given pastor’s mouth come selected words from the Bible. And out of the other side of the mouth, that same pastor defends abortion on demand. I have even read church websites that publish long position statements for how they arrived at such a distorted defense. Of course, in their long statements, there is very little scripture referenced but excessive human reasoning. How can a church or Christian support such distortions of God’s name? How is it even remotely possible that they are speaking for God? I submit to you that they are not.

Solomon is well-known as the wisest man that ever lived besides Jesus Himself. In Solomon’s Ecclesiastes 11:5 he wrote the profound words, “As you do not know the way the spirit comes to the bones in the womb of a woman with child, so you do not know the work of God who makes everything.” We know from modern science that bones typically begin forming in week nine of the pregnancy when the baby is still smaller than a prune. While the world debates when life begins, God is the only one who has the ultimate right to choose. Life is borne of spirit. And, from the mouth of God Himself through the instrument of Solomon, God revealed that it is He who adds spirit to the bones of a child in the womb. Solomon is basically revealing that there is no more clear display of our lack of understanding God than when we exhibit a lack of understanding the source of life in the womb. Solomon is saying that our knowledge of God’s work is directly correlative with our knowledge of His creation in the womb.

If you want a front row seat to watching God’s hand actually and literally creating, watch a sonogram. The creation and re-creation of man is God’s greatest work. Therefore, babies being formed in the womb is the hands-on work of God Himself. To deny this most obvious display of breathtaking magnificence is the absolute depth of depravity. If anyone or any church attempts to deny the work of God in the womb to any extent (including rationalizing abortion on demand), they stand opposed to the knowledge of the God of the Bible. And, if any church publicly attempts to preach in the name of God, but denies the work of God to any degree in defense of abortion on demand, they are most guilty of taking God’s name in vain. They do not know the work of the very God they claim to know. And they make such perverted claims in pursuit of vanity.

Sacrificing children always leads to complete downfall. And, America has sacrificed over 50 million. How can we judge ancient kings who threw just a few of their babies into sacrificial fires when we have forfeited the moral high ground to them? The enemy of God always seeks to undo what God does. Killing life that God is hand crafting in the womb under our watchful eyes is a blatant attempt to undo God’s work. This is an act of violent vanity in league with God’s enemy. John 10:10 says, “The thief comes only to steal and kill and destroy. I came that they may have life and have it abundantly.”

It is ironic that the US Supreme Court fabricated the right to kill unborn children into the Constitution by means of inserting it into the totally unrelated “Privacy Clause.” This was judicial activism where unelected people write laws without the consent or representation of the governed. But, this judicial activism can attempt all they wish to expand the right to privacy as far as sanctioning the killing of unborn children. But, nobody can expand our privacy from God because there is no such thing. Nothing we do can be kept secret from His eyes, especially behind the disguise of a pulpit.

To this end, I have some closing remarks by way of scripture to those who claim the name of God yet deny to any extent His work in the womb. Solomon closed out Ecclesiastes 12:13-14 by saying, “The end of the matter; all has been heard. Fear God and keep his commandments, for this is the whole duty of man. For God will bring every deed into judgment, with every secret thing, whether good or evil.” Paul similarly addressed the church that he founded in Corinth when it started also using God’s name in vain. In 2 Corinthians 10:18 Paul said, “For it is not the one who commends himself who is approved, but the one whom the Lord commends.” Churches and Christians today who defend abortion on demand to any extent would be better served by repentance. They should repent from worshiping political correctness in exchange for the vanity of expanding their congregations, all at the expense of God’s identity. And Paul closed out his address in 2 Corinthians 11:12-15, “And what I am doing I will continue to do, in order to undermine the claim of those who would like to claim that in their boasted mission they work on the same terms as we do. For such men are false apostles, deceitful workmen, disguising themselves as apostles of Christ. And no wonder, for even Satan disguises himself as an angel of light. So it is no surprise if his servants, also, disguise themselves as servants of righteousness. Their end will correspond to their deeds.”

Take heed to the words of God!
Posted by Tim Albury at 7:40 AM
Email ThisBlogThis!Share to TwitterShare to FacebookShare to Pinterest
Newer Post Older Post Home