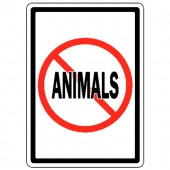 On July 25th, 2013, US News re-published an article excerpt from the Northern Colorado Gazette titled, “It Begins: Pedophiles Call for Same Rights as Homosexuals.” In the predicted wake of recent effective arguments made by the “gay” rights activists in the public arena concerning marriage, this article identified several respected international psychologists similarly claiming, “Pedophiles are not simply people who commit a small offense from time to time but rather are grappling with what is equivalent to a sexual orientation just like another individual may be grappling with heterosexuality or even homosexuality.” In addition, the Institute for the Advanced Study of Human Sexuality (IASHS) in San Francisco lists, on its website, “basic sexual rights” that includes “the right to engage in sexual acts or activities of any kind whatsoever, providing they do not involve nonconsensual acts, violence, constraint, coercion or fraud.” Another “right” is to, “be free of persecution, condemnation, discrimination, or societal intervention in private sexual behavior” and “the freedom of any sexual thought, fantasy or desire.” The organization also says that no one should be “disadvantaged because of age.” Do many of these arguments sound familiar? How did we come this far? Well, it began with a distorted world view often referred to as naturalism.

Naturalism is the belief that nothing exists beyond the observable natural world. In other words, there is no supernatural. And, therefore, there is no intangible, invisible human soul. Humans are merely random but well-organized molecules. And, therefore, all moral law should be based upon this foundational “truth.” From there, we would conclude that there is no unseen God. It would then also follow that man is just another animal. But, does that match what we know to be true?

The dictionary has several definitions of the word, “animal.” The main definition is, “any member of the kingdom Animalia.” This is followed by, “any such living thing other than a human being.” The word gets its ancient roots from various words in related languages all pointing to the function of breathing. In other words, an “animal” is a living thing that breathes. And, until fairly recently, for obvious reasons, this definition was meant to exclude humans. The turning point in the evolution of the word’s use was the mid-1800s. It was in 1857 when the philosophy of animalism, an offshoot of naturalism, was credited as being born. Animalism, at its foundation, holds that man is a mere animal. And, its birth as a philosophy was merely two years before the publishing of Darwin’s “Origin of Species.” This is no mere coincidence. In fact, it is Darwin’s flawed work and man’s undying worship thereof that has led to the foundationally cemented conclusion today that man is simply an animal that should be allowed to follow his genetic instincts.

The end result of this flawed reductive thinking of diminishing the identity of humans to mere animals is that we adopt the morality of animals. The next time you are watching a nature channel that observes the unedited activities of wild beasts, imagine substituting humans in the scenes and approving of what you imagine. If humans are animals, and their seeming “inappropriate” behavior can be loosely linked to genetic instinct, then a new atheistic moral law can be established. And, that moral law is no law at all. Isn’t that where we are foolishly headed in our culture today? If we are merely animals, then what moral law compels us to honor marriage? Why honor family? Why honor decency? Why honor children? No such honor truly governs the animal kingdom.

In helpful contrast, Christianity offers truth as an alternative to these grotesque distortions. We are made in the image of God (Genesis 1:27). Further, human breathing is very distinct from animals’ breathing. Humans are the only living things in which God personally breathed (Genesis 2:7). And, God never wastes His breath. Whatever He does or creates ultimately returns to Him one way or another. In man’s case, God’s breath is the fiber or our very souls. Therefore, we have an eternal soul. And, we who call Him “Father” are destined to reign in the Kingdom of God upon our immortal resurrection. If you are a Christian, you are certainly nothing less than that, and you are so much more than a mere animal.

Over time different definitions of “animal” have emerged. Under certain definitions, humans are animals. And under other definitions (like God’s definition) humans are so much more. Given the danger intrinsic to naturalistic thinking, coupled with the slippery slope that it has already pushed us down, and the amazingly dangerous things we have already approved of thereunder, we should refuse to allow the word, “animal,” to describe us or any other bearer of God’s image. In fact, there is one set of definitions that is above all others, and that is God’s set of definitions. After all, He invented language. So, He ultimately gets to decide what words actually mean. Therefore, we should refuse to accept any definition, any identity or any attempt to explain man that does not begin with God. He is the true Origin of all species and everything else that He created. With what other foundational philosophy can you reasonably respond to those defending gross sexual perversion as appropriate?

Therefore, in conclusion, let’s re-ask the question, “Are humans animals?” Well, if you are reading this, pondering it, or simply feeling any emotion invoked by it, you are easily proving that the answer is clearly, “No!”
Posted by Tim Albury at 7:40 AM
Email ThisBlogThis!Share to TwitterShare to FacebookShare to Pinterest
Newer Post Older Post Home