Have You Really Tried Church?


Many studies have been conducted by the likes of Gallup and USA Today all saying the same thing: Over 70% of churched students leave the church after leaving home. To further study this, in July 1997, Bob Altemeyer’s and Bruce Hunsberger’s book, “Amazing Conversions,” was written and published. In this book, they interviewed a wide sample of students who had left the Church. The authors identified a list of the reasons stated for why they left. The most common reasons include: 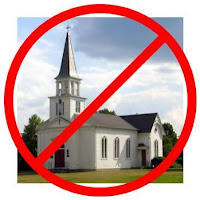 In most of these cases, students were evaluating church based upon their observations from attending church. But, isn’t it possible that they were observing and judging something that is not really church? Merely attending church is not trying church. If all a student does is attend church, they have not tried it. They have only observed it almost as if from the outside. Attending a tennis match may mean that you tried it for entertainment quality, but attending is not the same as actively trying tennis as a sport. Like tennis, church is not a spectator activity. In fact, the vast majority of those students interviewed for the book were identifying something in the “line-up” that was not church. They were singling out something based upon a mistaken identity.

To illustrate, we will address the specific terms those students used to describe church (in italics in the below list), and prove each description false:

On that last point, William Temple once said, “Church is the only society on earth that exists for the benefit of non-members.” Well, I hope that list was helpful in reviewing what the Church is not. And, in order to really see what the Church is, we must first understand why it is.

From the beginning of time, God has been telling His story. He has been revealing Himself and His plan for mankind’s benefit. His desire is to make Himself, His unconditional love, and His wisdom known to all. To carry out this plan, He invented two institutions. They are the Family and the Church. To illustrate this, Ephesians 3:10 says, “His intent was that now, through the church, the manifold wisdom of God should be made known to the rulers and authorities in the heavenly realms.” And, one institution cannot work without the other. They must both work together or neither will work at all.

As a perfect example of these institutions working together to accomplish God’s plan, read Acts 2, which describes how the New Testament church was born. More specifically, Acts 2:46-47 reads, “And day by day, attending the temple together and breaking bread in their homes, they received their food with glad and generous hearts, praising God and having favor with all the people.” Notice how this passage shows both institutions working together. The phrase, “in their homes” refers to families as being integral to the Church itself. This is important because while Church is a family, it is usually comprised primarily of a group of families.

The truth is the vast majority of the students that leave the church never tried it. They never truly engaged in worship, community or evangelism. By only observing, they never tasted. Gilbert Chesterton once said, “The Christian ideal has not been tried and found wanting; it has been found difficult and left untried.”

Another amazing observation from the studies conducted are the common threads woven among those who left the church. These common threads were not explicitly stated but were implied by all of the reasons listed above. The first common thread that all of these reasons share is that none of them in part or in whole proved the Church to be…wrong. In fact, what this list shows is that every one of these students left for a reason that they did not state. That core reason was that they simply wanted to. In every case, they wanted to leave, and the list of stated reasons were the easy reasons to identify without looking inward. They never engaged in church, became frustrated, wanted to leave, but never identified their lack of engagement as a contributing factor. They rejected the food before putting it in their mouths.

Nobody likes to take full responsibility for their own decisions. We tend to want to claim that something outside ourselves is the core problem. But, it is much more honest and genuine to admit that you don’t think you will like something than to claim something tasted bad without having actually tasted. Adam blamed Eve for eating the fruit and Eve blamed the serpent. The truth is that both Adam and Eve wanted to eat the fruit, but it seems, like the students studied above, they failed also to admit their desires.

By the way, these students on average attended a church regularly growing up. But, as we have learned, Church is not something you merely attend; it is something that you are. And, what you do is the best reflection of what you are. These students were generally not doers of worship, community and evangelism because those activities did not reflect what they were. So, they walked away from something that they never were a part of. That is like divorcing from someone who you only observed as someone else’s wife. They really never left the church because they were never a part of it. And, to this extent, they are being true to themselves. In truth, very few people truly leave the church. You have to be the church before you can leave it. In fact, in most cases, others were fooled into believing these students were actually engaged, when all along, they never were.

Henry Ward Beecher said, “The difference between perseverance and obstinacy is that one often comes from a strong will, and the other from a strong won't.” Are you or someone you know in danger of making the same decisions as these students? Are you a “goer” or a “doer?” Are you just attending church but not doing church? Are you doing worship, community and evangelism? Claude Pepper profoundly said, “Life is like riding a bicycle. You don't fall off unless you stop pedaling.”

If you are not in God’s family, please consider tasting with a local church of worship, community and evangelism. If you are in His family, be His church every day. What will you do to make worship, community and evangelism a part of today and every day…especially Sunday?
Posted by Tim Albury at 6:58 AM
Email ThisBlogThis!Share to TwitterShare to FacebookShare to Pinterest
Newer Post Older Post Home