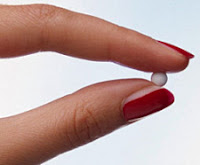 On April 30, President Obama’s Food & Drug Administration (FDA) announced its lowering of the age at which underage girls can buy the Plan B One-Step pill without a prescription (a.k.a. “the morning-after pill”). They decided that girls as young as 15 years old should be allowed to purchase the morning-after pill without any supervision or regulation in spite of the fact that sexual activity among and with minors is illegal in many jurisdictions (California for example). The morning-after pill is for “emergency contraception” and is typically taken after intercourse for the purpose of interrupting an unintended pregnancy. Two days after the FDA announcement, Obama publicly affirmed, “I’m comfortable with it.” Obama, who claims to be a Christian, is comfortable with his administration’s decision to do this. As a Christian are you comfortable with this?

At an extremely rapid pace we are almost daily witnessing the dramatic decline of the morality of our leaders and their governance. But, what is more sad is the similarly rapid rate of decay in the righteous spine of those in the church as this decline happens around it and within it. Far too many Christians today are more comfortable with being "politically correct" than being morally correct. “Politically correct” is an oxymoron. “Politically” implies the position in question appeals to the masses and their theoretical “moral” center. Therefore, if a position on a moral issue is aligned with the fallen masses, that position has a high probability of not being morally correct. “Correct” implies right. Right is where we derive the noun, righteousness. There is only one righteousness, God’s. And, there is no other. It is highly probable that if you are behaving or thinking politically correct, you are not aligned with God’s righteousness. Said another way, God is far from politically correct. In fact, His Word, the Bible, is quite controversial politically. Do you believe God is comfortable with Obama's decision? When presented with the contrast and choice between God’s righteousness and political correctness, the true Christian has no choice but to side with God. This is the only right or correct position between the two. But, sadly, this is not the reality in which “Christians” seem to live today.

For example, I have heard many of my Christian friends feed me the cliché, “You should separate religion from politics.” How is that even possible? I would argue that aside from clichés usually being shallow, this one is also unreasonable. For example, the cliché itself is unable to avoid its own dictate. Notice how the cliché uses the word, “should.” Whenever someone invokes the word “should” with a personal directive, they are invoking a form of morality (religion). In other words, the cliché could be reworded, “I think you are behaving wrongly when you don’t separate religion from politics.” Do you see the obvious logical fallacies? There is no such thing as a politic that is void of religion. Even atheists generally hold political positions that seek to impose “should” and “should not” laws upon others based upon some measure of morality. That is religion mixed with politics. For example, environmentalists generally are not aligned with the Church, but they push a religion of their own. They generally believe in faith that American corporations and their American consumers are destroying the Earth. This belief or religion seeks to politically impose rules about recycling and carbon emissions, that encroach upon the freedoms of others. Their arguments are laced with moral, even righteous indignation. And, their charges against others are highly judgmental. How is this not mixing religion and politics?

Before we leave this empty cliché, another important distinction to make is that there is also no such thing as a religion that lacks political ramifications. For example, what you believe about the nature of life and death has political ramifications. What you believe about the freedom of religion and religious expression has political ramifications. In fact, political persecution is growing at a life-threatening pace against those who dare to preach or proclaim truths from God's word. Hate crime legislation is being drafted in various states directed at those who simply recite the morality of the Bible. Not only is that wrong and unconstitutional, but even some "Christians" are foolishly joining this politically correct chorus. In truth, this cliché was cleverly conjured to silence Christians and their pastors. There truly is only one religion (Christianity) that is targeted with this dangerous cliché.

The next cliché too often used by Christians is, “We should support our elected leaders.” Really? Where is that in the Bible? The Bible implores us to respect and pray for our leaders. It is clear that God is in control and allows men and women to rise to positions of political authority, good and bad, to ultimately achieve His purposes. But, God does not call on His followers to blindly support or agree with authority especially when authority violates God’s righteousness. When our leaders are governing immorally and issuing rules that clearly violate even a child’s morality, our prayers should be directed at their repentance, not at blessing their immorality. Can you really pray in support of our leaders when they allow fifteen year old girls to purchase the morning-after pill over the counter without parental involvement? Can you, a Christian, really be comfortable with this position? Shouldn’t our prayers be directed at reversing this instead of supporting this? Shouldn’t our voices be similarly opposed?

The Bible is littered with numerous examples of God’s followers openly and righteously opposing their leaders in both policy and personal behavior. In Matthew 14, we read about the jailing and ultimate beheading of John the Baptist because he openly opposed Herod’s stealing of his brother’s wife. To politically correct "Christians" I ask, “Should John the Baptist have just supported Herod?” “Should John the Baptist have separated religion from politics?” Even Jesus Himself during His trial refused to respect Herod's questions with even the slightest response. In Revelation we read of the followers of Jesus refusing to receive the mark of the Antichrist and the resulting persecution. Should followers of Jesus Christ support the government leaders regarding receiving the mark of the Antichrist? Should followers of Jesus Christ separate religion from politics during these end times?

In Matthew 10:16-42, Jesus speaks at great length about how His true followers will face persecution from our leaders, even to the point of incarceration and death, for openly following Him and opposing authority. It is as a result of open opposition that we will face persecution, not open agreement. God calls us to take a stand, not sit down. For our beliefs, many of us will take up a cross and follow Him unto death at the hands of authority. And, in this, Jesus encouraged us and implored us to stay true to Him, not them. The day has come when Christians are being forced to oppose their God or face punishment by our elected leaders. And, according to God's word, it will only get much worse. In many respects, Christianity is the purest form of rebellion. And, for those who stand against political correctness in obedience to God, the morning after will be sweet. For the politically correct, they might avoid such persecution by following clichés over Jesus. Unfortunately for them, there is no “pill” that will remove regret on the morning after.
Posted by Tim Albury at 5:33 AM
Email ThisBlogThis!Share to TwitterShare to FacebookShare to Pinterest
Newer Post Older Post Home